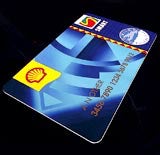 Shell UK is set to introduce a new customer loyalty scheme to replace its national Smart card scheme, which has been running since April 1998.

The company says the Smart card scheme will be superseded with a “bigger and better” loyalty programme this summer.

Smart card holders collect points from purchases made at Shell service stations which can be redeemed against cinema tickets, catalogue gifts, and high street and leisure vouchers.

A Shell spokeswoman says a roll-over period between schemes will allow current cardholders to redeem points. She adds: “We have done research and feel there is a lot of value in having a loyalty scheme. This one will be bigger and better.”

Smart card holders will be automatically transferred to the new programme when it is launched.

Shell declined to release details about whether the scheme will mirror the current points collection system or what products will be available through the initiative.

It is unclear whether the scheme will be tied to the own-branded credit card which the company launched in conjunction with Royal Bank of Scotland two years ago.