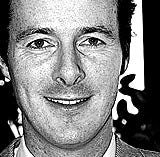 Patrick Sherriff, marketing director of The Times and the Sunday Times, has left the newspaper group without a job to go to.

Sheriff, who has filled the role since Toby Constantine left in 1999, says he plans to take a short sabbatical to consider his options. His resignation takes place with immediate effect.

Marion Rose, senior marketing manager, will be responsible for the day-to-day running of the department and will report to managing director of Times Media Group, Camilla Rhodes.

It is not clear whether Rose – formerly head of marketing at the NSPCC – will take Sheriff’s role permanently.

During his time in the role, Sherriff introduced to the line “Feed your mind”, when the paper switched its second section Times 2 to a tabloid format.

Sheriff was part of the team that took The Times to its highest circulation in the autumn of 1996.

Sheriff says: “I have enjoyed my time at News International and feel privileged to have worked for The Times and the Sunday Times at such an interesting period for both brands.”

Before embarking on a career at News International, Sheriff was an account director at advertising agency, Tequila UK.