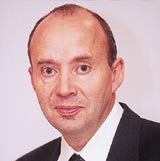 One of the attractive features of the sponsorship industry – and sports sponsorship in particular – is how it is constantly evolving. The battle for recognition within some marketing circles has been a hard one, but it is a battle that is being won.

One of the reasons for its winning is that sponsorship is a more flexible discipline than it once was. Marketers are beginning to view sponsorship in a different way and are developing tactical and more creative ways of maximising its effectiveness.

Last week was the final game of Rugby League’s Don’t Drink Drive Test Series between Great Britain and New Zealand, with the Great Britain side sporting the word “Think” on their shirts.

The Don’t Drink Drive Test is a good example of the direction that sponsorship is beginning to take. In the future, we are going to see more shorter-term sponsorship campaigns designed specifically to meet an immediate marketing need. Sponsorships will become more like advertising campaigns, used in bursts to get a specific brand message across to a selected market.

Gone are the days when sponsorships lasted 20 years or more, when the branding became like tired old wallpaper and the lack of freshness and innovation resulted in an apathetic approach to the exploitation of the sponsorship. Sponsorship agreements – even the very best ones – will in future have a much shorter life span. As a result, governing bodies and rights-holders will have to accept agreements of considerably shorter duration than they have come to expect. But the departure of many of these long-term sponsorships will open the door to new companies and brands with a fresh approach to using sponsorship as a key tool in their overall marketing strategy.

For example, Lloyds TSB signed up to sponsor rugby’s Six Nations Championship with the specific aim of generating consumer awareness for the new name. Within the three-year period of the sponsorship this was certainly achieved and, having met its objectives, Lloyds TSB quite rightly decided to move on, ending its partnership earlier this year.

Shorter-term contracts will result in even further expansion of the sponsorship market because agencies will be able to offer clients a more vibrant, exciting and faster changing proposition. Sponsorship contracts will become more like television rights agreements for major events, and will operate on similar timescales. In turn, the industry will have a much larger pool of potential sponsors to target as sponsorship packages and the benefits they offer will become more flexible and, as a result, more relevant to the needs of companies and brands.