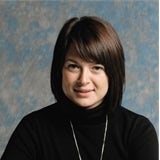 Telegraph Group executives continue to dismiss speculation that they are about to add a compact edition of their daily newspaper to the market. Though no official public statement has followed a report in the Observer that The Daily Telegraph would soon be available in both its familiar broadsheet format and a new tabloid edition, chief executive Murdoch MacLennan has denied such a plan exists.

But why would the title’s management team deny itself access to a new audience, full of the young 20-somethings it craves? Telegraph marketing director Katie Vanneck (pictured) says: “The Telegraph and The Guardian are the only quality newspapers left. A compact format would make us a mass-market proposition with one story per page and therefore less impact.” Vanneck’s response is emphatic enough, but as the Observer report suggested, producing a tabloid would be an additional media platform that need not dumb itself down.

Publishers now recognise the need for a multi-platform approach. That was demonstrated last week by News Group Newspapers’ appointment of Yahoo! sales chief Mark Chippendale. He will head sales across all Sun- and News of the World-branded products including newspapers, internet, mobile and – potentially – television. The Telegraph itself has placed digital innovation at the centre of its recent expansion, producing webcasts, blogs and podcasts for its “younger” readers – albeit in their 30s – who access the brand through computers and phones.

Since the Observer article, many media commentators have agreed that a tabloid edition is unlikely to happen. One expert says: “The broadsheet format is now the Telegraph’s valuable point of difference in the market. Changing format would hack off its core readership. The readers who buy your newspaper can’t be wrong, no matter what.”

Vanneck says the Telegraph brand is “too grown up” for readers in their 20s, and that 30 is a more natural entry age, suggesting that younger readers are an unattainable target. Indeed, the average age of the Telegraph reader is 56, meaning many of them are older and hugely resistant to any change in format, or the digital progress that is crucial to any newspaper’s future. While in many people’s opinion Metro is the only national newspaper brand to have really successfully targeted young people, that surely is no reason for media owners to give up trying to make their own brands accessible to younger readers.

One senior media buyer says: “If any newspaper in the quality sector needs to have split versions in order to attract younger readers it’s the Telegraph. I’m surprised they are rubbishing the rumour, and though I wouldn’t like to say they are bluffing, I’d be disappointed if they weren’t looking at the idea seriously.”

The buyer says media owners should welcome new audiences they can build through any platform, from the internet to exhibitions. He believes the broadsheet Telegraph could continue to form opinion with news, analysis and comment, while a sister tabloid version could condense news into “sharper, bite-sized stories and different editorial aimed at fresh new readers”.

The Telegraph has a lot on its plate with a move this autumn to a base in London’s Victoria. New printing presses, enabling full colour, will start rolling in 2009. With such change in motion, now seems a strange time to rule out any product that could attract new readers to the Telegraph.