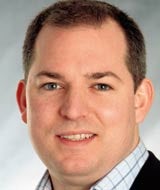 Newing will focus on developing and putting in place a regional marketing strategy for the German mobile phone manufacturer for the UK, Ireland, the Netherlands and Scandinavia.

He will liaise with the company’s German headquarters in Munich and will report directly to Jonathan Bate, vice-president of Siemens mobile Northern Europe, and he will be based in Bracknell, Berkshire.

Before taking up the role of Siemens mobile head of marketing for UK and Ireland, Newing worked in the company’s marketing team for three years. He joined from Carlsberg-Tetley Brewing, where he spent three years as customer marketing manager.

Siemens announced last June that it would be handing its &£70m advertising business for the global launch of its third-generation phones to TBWA/Worldwide – a move that caused roster agency Wieden &amp; Kennedy Amsterdam to resign the account. The UK account is handled by TBWA London, and is thought to be worth &£5m.

Siemens mobile revealed in October that it would be scaling down its &£10m association with Formula One, which included a &£5m contract with west McLaren -Mercedes Formula One team. This came after concerns were raised within the company that the sport’s image did not fit in with the group’s overall brand.

Euro RSCG London has created TV advertising to promote the Co-op’s conversion of its entire range of own-brand coffees to Fairtrade.

Supermarkets, perversely, are one of the last places above-the-line marketing has failed to conquer. That could all change, however, if in-store TV and radio – currently niche media – take off.

BBC Magazines has promoted publishing director of Top Gear and BBC Good Food magazines Ashley Munday to the newly created role of ad sales director. He will report to deputy managing director Nicholas Brett. All the ad directors and their sales teams will report to Munday. The move follows the 2002 restructure of BBC Magazines’ […]