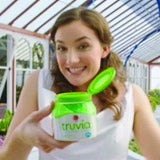 Truvia, which replicates the graininess and sweetness of sugar, but with zero calories, is derived from the South American plant stevia that was authorised for use in the UK and Europe last year.

The brand’s marketing will use the strapline “Great taste. From a leaf. No calories.” in a bid to emphasise its natural plant derived properties and differentiate from sweetener brands such as Splenda and Canderel, which use synthetic sugar substitutes.

A TV ad, created by Ogilvy & Mather, will feature a reworked version of the Chitty Chitty Bang Bang classic “Truly Scrumptious” as “Truvia Scrumptious”. The ad breaks on 5 January as part of a £5m marketing campaign.

Truvia will also “heavily” use social media to create debate around the product and provide an opportunity for consumers to raise questions or discuss its uses or origins.

The brand hopes to replicate its success in the US where it is now the second largest brand in the sweetener market behind Splenda and holds a 13% share of the $685m market after launching in 2008.

The three-strong range, including a jar and sachets, will be available in all major supermarkets from January after an exclusive launch in Selfridges earlier this year.

The product is already used as an ingredient by 55 brands in nine countries including Coca-Cola, which helped develop stevia, and is currently using it to reduce the sugar content of its soft drinks and introduce more calorie free options. 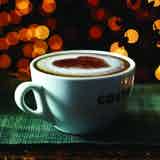