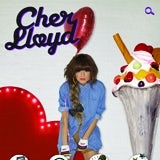 Syco marketing director, Mark Hardy, who recently joined the label, is leading the new consistent multi-platform strategy that will liken its acts to his former company’s brand, Sony PlayStation.

A campaign to promote X Factor contestant Cher Lloyd’s upcoming single, Swagger Jagger, launches next month and is the first to be delivered entirely by one agency, rather than using separate creative houses for releases, live events and merchandising.

Typically, record labels co-ordinate campaigns for artists and then work with individual stylists, video directors and photographers, but Hardy plans to co-ordinate Syco’s artist campaigns with coherent creative in a similar way to his projects at Sony PlayStation.

Other Syco artists, including Susan Boyle and One Direction, are set to be promoted in a similar way in the coming months.

Creative agency Studio Output is leading the Cher Lloyd campaign and is understood to be involved with similar unannounced projects for other SyCo acts.

Studio Output was responsible for curating a range of partners to help develop Cher Lloyd’s single artwork, music video, posters and website under one consistent design.

Mark Hardy was appointed as Syco’s first marketing director in December and he reports directly to managing director Sonny Takhar.