The teenagers were involved from the concept stage through to developing the brand name, packaging and advertising and met with the Simple’s creative agency RKCR/Y&R.

Tenley Soanes, strategic marketing controller at Simple, says that by taking the co-creation approach the brand gains an “insight into how teenagers’ minds work”, which helped shaped the range of five products.

She adds that the sub-brand “Spotless Skin” emerged because the teenagers told Simple that being overtly marketed at in a clichéd way was off-putting.

Soanes says/ “Simple is a brand with a broad age spectrum but we identified an opportunity to grow share and penetration by targeting teens specifically.”

The launch will be supported later this month with an integrated marketing campaign including television and print advertising, social media and digital activity. There will also be a media partnership with Bauer Media’s music channels.

The brand is teaming up with online teen community Stardoll as a launch partner for its online TV platform with branded video segments running until July.

Are you likely to attend a music festival of some kind this summer? 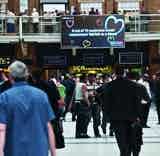 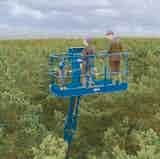