Sir Ian Cheshire, the former CEO of FTSE 100 company Kingfisher, stepped down from his role in January after seven years in the top job and 17 years at the business overall. During his tenure, he took the home improvement group, which consists of UK brands B&Q and Screwfix as well as continental European retailers serving the same sector, from being separately run businesses to a united organisation with annual sales of £11bn, up from £9.4bn in 2008.

He spoke to Marketing Week at an event hosted by The Marketing Society in June, explaining his view of marketing from the head of the boardroom table.

In your experience as a CEO, what is the value of marketing to a business?

There is a real value-add when marketing is properly connected into a company, because it drives the rhythm of the business. Understanding your customers seems like a cliché but you can see when organisations are so close to them that they are able to talk to them in a way that engages them and creates the engine for the business.

Where I have seen good marketing work is where they know the customer well enough that they can buy them a present that they didn’t know they wanted and when they see it they say ‘that’s what I was after’.

What role do marketers serve, in your opinion?

One of the key roles is keeping the customer in the room. It seems extraordinary even in customer-facing organisations such as B&Q, but the business can quickly become internally focused because people have to manage their day-to-day work, and manage a [profit and loss account] in particular. It gets difficult to keep bringing the customer into that equation.

It’s vital that a strong marketing voice is heard around the top table, because otherwise the machine takes over. Really good marketing keeps the customer at the table alongside the rest of the board. When I have seen that work well it has been transformative.

In a world where the customer is constantly changing the question and the rate of change is increasing, organisations find that hard to cope with. If there isn’t a lead from the marketing team, most organisations prefer staying in the comfort zone and repeating what they have done, and they tend to find out that it is irrelevant when it is too late.

Do you believe companies should generally have a CMO or chief customer officer on the board?

Always. I can trace my time through the Kingfisher experience when we had good top-level marketers present and when, for a variety of reasons, we didn’t. The organisation was significantly better when we had the right talent at the top table, most recently customer and marketing director Chris Moss at B&Q, but also it was true in all the operating countries around the world – the UK was only 40% of it.

In some of the smaller developing countries where you could be more agile, having the right person helping to drive the business really made the difference. Certain CEOs do not understand the difference that a great marketing director can make.

Do marketers need to be better at proving the value of their work in order to win over CEOs, or to become one themselves eventually?

Being a marketer doesn’t disqualify you from being a CEO. We have great examples, such as Gavin Patterson at BT and Dave Lewis at Tesco. There is a danger that professional marketing becomes esoteric and talks to itself, and is interested in certain aspects such as making commercials. If that happens, it’s not providing the customer insight to the rest of the business and influencing it.

To influence the rest of the business, and frankly, to become a CEO in the future, you need to understand the breadth of the business. The danger is that you become very good at a particular function, namely marketing or even sub-sets of marketing, when what you need to do is get as much experience as you can.

The numbers bit is also important. That includes understanding finance and not having a reputation of just spending lots of money. Also, particularly with digital marketing, unless you’re able to bring the big data to the table, the danger is you will just be one part of the marketing message.

How difficult is it for marketers to make the transition to CEO?

I wouldn’t underestimate that a lot of businesses have been very successful at perfecting a business model and therefore the power in that organisation goes to the traditional areas of the business model. For data-driven marketers to come through, the inertia is against them. Forward looking CEOs understand it and are hiring data scientists, specialist marketers and digital folk. The world is shifting, but it is probably not as evident yet as it might be later.

Is marketing becoming more important in the retail sector?

Retail consists largely of systems dominated by operations – typically buying and merchandising. The two areas that will be far more important in the future will be marketing and the IT and digital world. Some sort of fusion between those two is going to provide a lot more of the leadership of businesses as a whole.

They are both functions in businesses that have traditionally been seen as places that spend money and are a cost, as opposed to doing serious stuff, and that is going to have to change. Generationally, the business models are shifting: if you don’t understand customers and what is happening digitally, you are going to be toast.

You have said your most important legacy at Kingfisher was getting different brands and business units to communicate and work together. Is it too easy for a ‘house of brands’ corporation to become siloed?

If you have an international, multi-brand business, getting people over the idea that anything outside their little brand is irrelevant is harder work than what many people say, and the City [financial institutions] might assume you can just tell people to do it. It doesn’t work like that. You have to get people to feel like they belong to something and that they have a shared purpose and value together.

What I found fascinating about taking what was essentially a series of companies brought together by acquisition and run in parallel, then trying to knit them together, was watching people discover each other from other countries. It was like they were finding a long-lost cousin. Watching them come together to build an £11bn business instead of a series of £2bn to £4bn businesses was the most fun. Not many people have tried to create an Anglo-French business like that. It was a human adventure.

What is next on the horizon for you professionally?

The idea behind stepping down at this stage was to leave at the right time, feeling that I could do one more major job of some description. Ideally, what that means to me is building one more team in an executive role. It will be customer-facing in some shape or form, maybe a lot smaller, and I’m busy talking to quite a wide variety of people.

I’m a bit sceptical about the idea that you can plan careers. You know what you like doing and where you would like to be; you look at and try many things; and then you work it out because you know it when you see it.

It is now just over two years since we published the final draft of our Modern Marketing Manifesto. At the time we were trying to articulate a kind of marketing where ‘digital’ was not separate. We identified twelve constituents of this ‘modern’ marketing each with associated tenets. 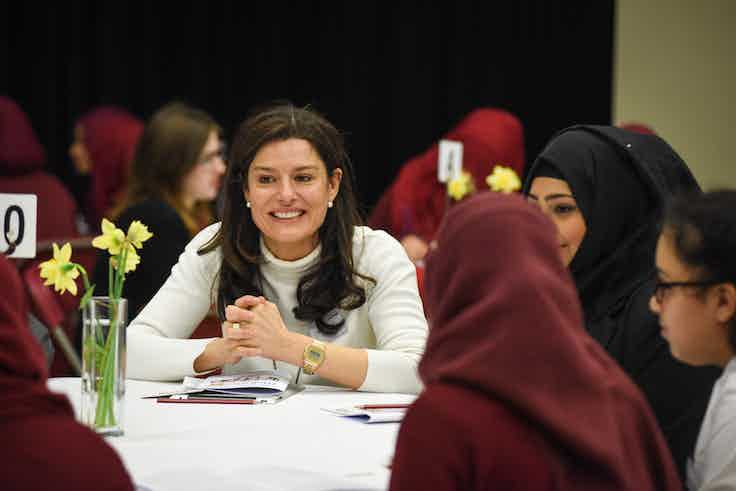 Young people do not consider a career in marketing because the industry suffers from a lack of awareness in the same way as digital and technology, according to Google’s head of commercial marketing UK & Ireland, Nishma Robb. 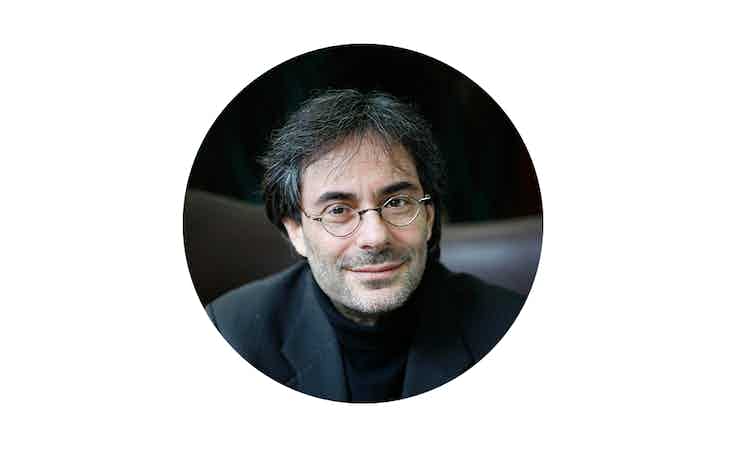