Before making his big break in Hollywood with the 1979 release of genre-defining sci-fi classic Alien, Sir Ridley Scott was an in-demand director responsible for shooting some of the 1970s’ most iconic adverts.

Defined as a time of exceptional creativity, TV advertising in the 1970s was judged on the strength of the writing and the ability of the photographer. While the UK ad industry was not in its infancy, commercial television had only begun with the launch of ITV in 1955. This meant in the early 1970s advertising was still going through an exciting period of change.

“It was very competitive and very creative; it was an exciting period for advertising. Probably the most exciting ever,” Scott recalls.

He describes the 1970s as the age of the copywriter and photographer. Looking back at that time of feisty copywriters and visually arresting creative, Collett Dickenson Pearce (CDP) stands out for Scott as the first really innovative agency in England, if not in Europe.

It was very competitive and very creative; it was an exciting period for advertising. Probably the most exciting ever.

“CDP was the real creative melting pot of a lot of great copywriters and from that agency people would eventually spread out into their own agencies. It was definitely a golden age, it was very exciting time,” he recalls.

“Today I can’t say the copywriters have disappeared, it’s a different form of connection now. It’s more what we call social media and that’s the thing that’s changing as we speak.”

Established in 1960, Collett Dickenson Pearce was a hot house of creative talent, producing some of advertising’s biggest names from Alan Parker to Geoff Seymour, who became the first copywriter in Britain to earn £100,000-a-year.

The lure of nostalgia

When CDP first approached Sir Ridley Scott to direct a series of adverts for bread brand Hovis – based on the tagline ‘Hovis: As good for you today as it has always been’ – the main draw was working with Seymour.

“Anything that Geoff Seymour wrote I very much paid attention to because he was kind of special,” Scott explains.

“He came up with this concept and perhaps it’s because I’m from South Shields, I think he thought I’d understand the mining mentality in the colliery towns. Whilst I wasn’t from mining stock I’d seen enough of it and so it was kind of in my bones and I knew what I was looking for.”

While Scott would go on to shoot five ads in the series, it was 1973’s ‘The Bike Ride’ that would capture the public’s imagination. And it is still doing so 40 years later having been crowned the nation’s favourite marketing campaign of the 1970s in a Marketing Week poll. The concept for the advert, which depicts a baker’s boy pushing his bike up a cobbled hill as a voiceover of his older self reminisces about the past, appealed to Scott’s love of period settings.

He also credits the “nostalgic” and “beautiful” choice of Dvorak’s New World Symphony, performed by the Ashington Colliery brass band, as perfectly chiming with the tone of the ad. The setting and music both tapped into that powerful sense of nostalgia, a key ingredient Scott recognises as to why the advert is such a success four decades later.

“But I think that’s something we’re always reaching back to. I think the ‘good old days’ is always in everyone’s DNA. I think that’s why people like to watch such shows as The Crown and a modern generation lap up that kind of stuff.” 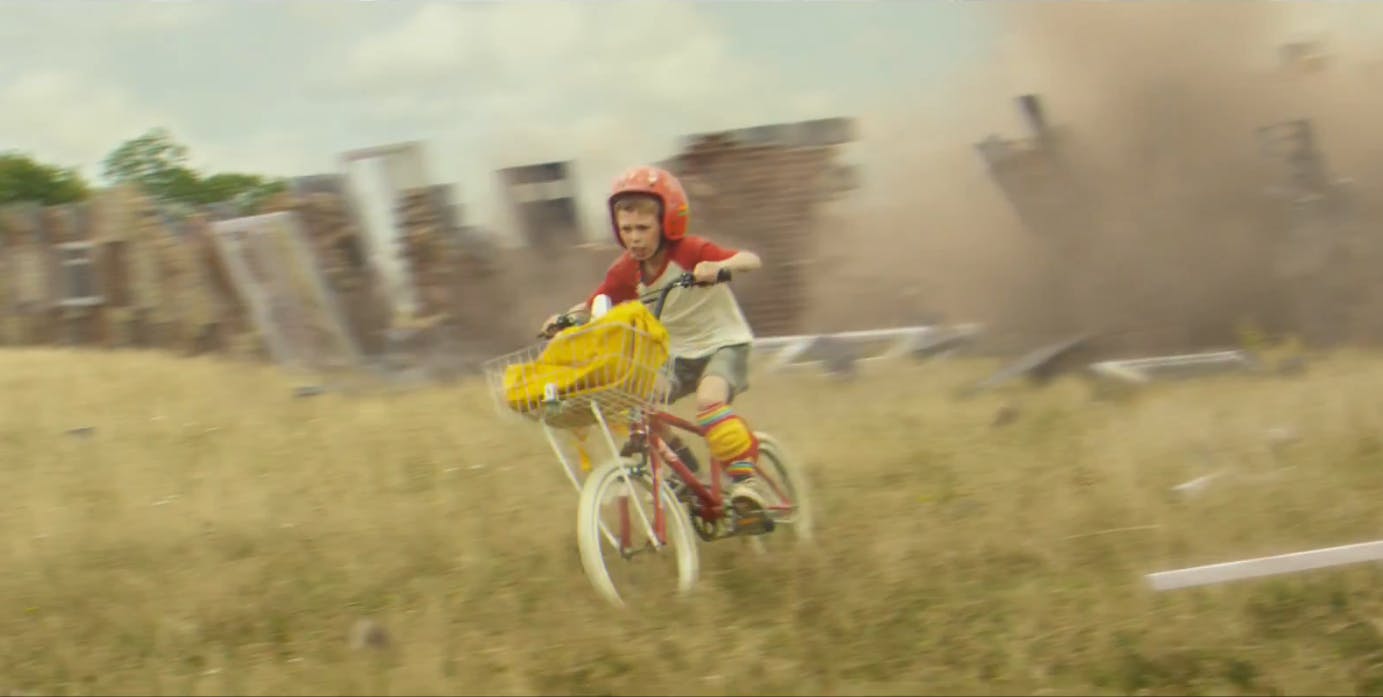 Hovis is returning to TV for the first time in three years with an update to its iconic ‘boy on bike’ advertising that aims to deal with consumer concerns over the health benefits of bread.

Marketers’ psychology influences how they work, the content they consume and their relationships in the office, and our new research reveals the eight personality types that matter most.