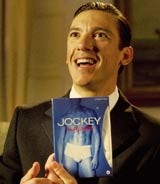 Picture a literary scene: Elizabeth Bennett arriving windswept and muddied at Mr Darcy’s gates; Oliver Twist, bowl in hand, plaintively seeking more; exuberant Toad, in gauntlets and goggles, blasting through the countryside in a gleaming motor-car. The best tales transport us to another place. We see the world through the characters’ eyes, feel, fear and laugh with them.

This may sound worlds apart from the sober business of market research, but researchers and novelists share a common purpose. As researchers’ ability to crank out data increases, marketers are crying out not for more statistics, but for something more elusive – a window on consumers’ internal worlds, an understanding of what makes them tick.

To satisfy this obsession with “getting beneath customers’ skin”, some researchers have turned detective, employing the skills of the investigative journalist to explore the everyday trivia of people’s lives. Others are embracing social anthropology, producing fly-on-the-wall views of how we live, or weaving together facts and figures to tell the story of a brand. But do these techniques really make for a better understanding of brand users? And does being able to read the customer like a character in a book allow marketers to sell more?

At the heart of the matter is the need to communicate strong, simple messages, a skill many researchers lack. Miles Calcraft Briginshaw Duffy joint head of planning Andy Nairn says: “The best researchers have always been great storytellers, but all too often presenters overwhelm their audience with complex data.”

To get out of this bind, says Nairn, researchers would do well to study the narrative craft of the great Hollywood film-makers. The first requirement of any narrative is to set the scene. Yet most researchers skip this stage, “jumping straight into the narrow confines of their enquiries, rather than asking what is happening in the wider world,” in Nairn’s words.

After creating the backdrop, the story requires a central conflict; the major theme to be explored in detail. Perhaps the brand is struggling with a fundamental “character flaw”, or customers are deserting a product for a particular reason. Finally, the research should point to a way forward, giving the client something to work with without being overly prescriptive. Nairn says: “The best films provide a basic point of view, but allow the viewer to bring their own interpretation to events.”

Analysing research in a narrative context helped Thorntons develop the theme for its Christmas ads, featuring jockey Frankie Dettori. The backdrop to the advertising was the idea of finding that “special” something that makes the recipient feel better. The challenge was to give the brand a “special” aura. The dilemma was resolved through a storyline linking “the art of the chocolatier” to “the art of making people feel better”. Nairn, whose agency ran the campaign and conducted the research, says: “Viewing the research in a narrative context helped us to focus on the notion of ‘specialness’, which led naturally to the ads’ storyline.”

Turning dry facts and figures into a compelling narrative requires market researchers to think conceptually. One approach is to borrow some of the visualisation techniques employed in qualitative work. Anthony Tasgal, who runs strategic consultancy POV, is an inveterate opponent of the numbers-driven approach to marketing. He points out that individuals create their identity by having a sense of their “own narrative”. Yet this sense of self rarely comes across in what is reported. Tasgal says: “We have to get away from colourless geo-demographic profiles and start depicting people in the way that they live and describe their own lives.”

Using a more journalistic approach could help in this respect. For instance, rather than describing the profile of a 16-year-old youth, who buys breath-freshening mints, a researcher might produce a pen-portrait capturing the fleeting thoughts that chase though the boy’s head as he ponders the brand: he is hoping to kiss his girlfriend, smother the smell of last night’s curry, or the cigarettes he keeps hidden from his mum… Another way to humanise research is to use video clips to allow respondents to speak directly to clients. Ian Maggs, a director at TRBI, a research agency which often employs this technique, says: “Whenever possible we like to bring the camera close up, so the audience can see the respondent’s facial expression.”

Focusing on presentation carries risks, however. The most obvious danger is that researchers will lose sight of their primary objective, which is to educate and inform, rather than to entertain their audience.

Research International UK chief executive Colin Buckingham says: “We realised some years ago that we needed to think more like our clients. But we also needed to say our piece more imaginatively.” The company tackled the issue on two fronts, by investing in its communications skills and by moving from project-based working to forging longer-term relationships with clients. Buckingham says: “After a while, our researchers developed an instinct for what was important, an ability to relate their discoveries to the client’s business.”

But the challenge for researchers is not simply to tell a story that resonates with the client. As Turnstone Research and Consultancy director Philly Desai observes: “There is always a risk that the message will be received but not acted upon. Clients may grasp the drift of what is being said, but fail to see how the insight can work to their advantage.”

Some agencies, including Link Consumer Strategies, have taken the approach of turning the debrief session into a workshop. A week before the event, Link circulates a narrative account summarising what it is has discovered. The style is punchy and engaging, but supported by a welter of charts and data indexing the performance of the client against that of its competitors.

At the workshop itself, the research team recaps the key messages, backed up by video clips and vox pops. Then both parties try to tease out the implications for future strategy. Managing director Louise Southcott says: “The key thing is to find out what the marketing director wants the team to have achieved by the end of the session and to work backwards from there.”

Anyone who has yawned their way through a poorly structured conference paper or a meandering research debrief knows the value of being able to tell a good story. A sense of drama and the ability to evoke empathy and curiosity are important skills that a good presenter should command. But to focus all our attention on the way that research is delivered is to miss the point. What really matters is not whether the message is heard – but whether it is acted upon.