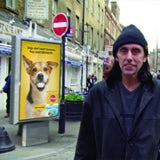 The first digital placements will appear in tonight’s (17 May) programme in the background of a scene featuring a man walking his dog. Digitally inserted posters will appear on the street and on the side of a phonebox.

Pedigree Dentastix will also appear in the first advertising break of the show, which will only include brands with pet associations. The advertising reel will also feature Dulux, Cravendale, Whiskers, Caesar and Sheba.

BSkyB’s head of branded content Jason Hughes says: “We’re delighted to be at the vanguard of digital product placement in the UK…we’re looking forward to working with other brands to explore similar opportunities.”

Sky agreed its first product placement deal with Microsoft’s Xbox in March, for the console to appear in the title sequence of sports panel show A League of Their Own.

The broadcaster has also struck a product placement deal with haircare brand Tresemme to feature its products in Britain and Ireland’s Next Top Model on Sky Living HD.

Separately, the Discovery Channel featured what it claims to be the first post-production digital product placement today (17 May). The broadcaster featured a Kärcher vacuum cleaner in the background of a Tommy’s Fix It Yourself episode.

Product placement has been allowed in UK television programmes since 28 February in broadcasts including: TV series, sports programmes, soaps, films and entertainment shows.

Broadcasters must, by law, display an industry-standard “P” logo for three seconds at the start and end of any programmes and after any advertising breaks where brands feature paid-for-references.