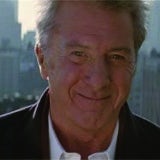 Most of the channel’s schedule will come from an exclusive output deal with HBO. This gives Sky shows such as Mad Men, Hoffman’s new series Luck and Martin Scorsese’s prohibition era drama Boardwalk Empire.

The 60-second ad features Hoffman talking directly to camera about the art of great storytelling against the backdrop of the New York skyline.

The ad will run across a range of digital and terrestrial networks, on sky.com and in Sky Magazine Live, Sky’s online customer magazine. The channel launches on 1 February.