Sky is planning to submit an official response to the regulator’s latest consultation document into the pay TV market and says that Ofcom’s proposals are both “extreme and unprecedented”.

But Sky has argued that Ofcom’s attempt to regulate the wholesale prices it charges for its sports and movie channels to competing broadcasters will be ultimately detrimental to consumers.

The Sky submission states: “Ofcom’s proposals are essentially confiscatory, and suggest that the moment a firm makes a return above its cost of capital, Ofcom will price regulate in order to ensure that its returns fall back into line with those implied by Ofcom’s spreadsheet models of perfect competition.

“If implemented, Ofcom’s proposals would send an extremely negative message about the UK as a place to invest, and Ofcom as a responsible licensing authority. Ultimately and most of all, however, all of the above effects would result in serious detriment to consumers.” 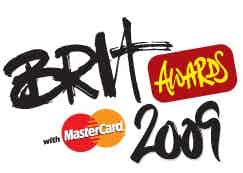 Cinema sales house Digital Cinema Media is launching a new sponsored entertainment slot for potential advertisers in the form of a bite-sized entertainment show called ‘From The Red Carpet.’