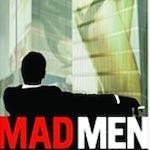 Sky Atlantic will be part of Sky’s Variety Pack of basic channels, which is available to TV customers from £19 a month. The channel will also be offered to Sky customers via Sky’s on-demand platforms, including the soon-to-launch Sky Anytime+ service.

The news follows Sky and HBO’s multi-year output deal announced in July. The channel will show all of HBO’s new series exclusively in the UK and Ireland.

Other shows include the new fantasy drama Game of Thrones, as well as series such as The Sopranos and Six Feet Under.

BSkyB also confirmed today that it has secured the exclusive UK broadcast rights to AMC’s Mad Men from next year’s series five for the life of the show. Mad Men will also be broadcast on Sky Atlantic, along with a “range of exclusive, new UK programming”.

Sky Atlantic HD ’s launch comes on the heels of the high profile acquisition of the Virgin Media Television subsidiary, adding content from Living, Bravo , Channel One and Challenge to Sky’s growing portfolio.

Sky also launched a dedicated 3D channel, Sky 3D, today 1 October. Panasonic is to sponsor movies on the channel as part of a £10m push for the technology in the run-up to Christmas.

See Marketing Week’s in-depth analysis of the move into 3D and what it means for advertisers.

Nissan is to launch an interactive brand experience at the O2 arena to build customer engagement with its cars.

Build trust, get data, go to market. That is what many brands have as their data strategy – leveraging brand reputation and relationships to capture information on customers. With customer retention the number one marketing objective, it makes a lot of sense. As far as it goes, that is. While you will find a good […]