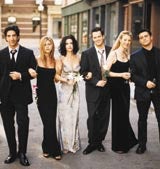 Sky One has done much to blaze the trail for multi-channel television, but recent poor viewing figures have prompted TV buyers to question whether its firepower is being slowly extinguished by competition from rivals.

Last month, BSkyB’s general entertainment brand recorded its lowest monthly share of BARB viewing figures in multi-channel homes for the past nine years at 2.44 per cent, or 2.9 per cent if its spin-off channel Sky One Mix is included.

The news was swiftly followed by the departure of channel head Sara Ramsden. She was replaced last week by James Baker, a BSkyB veteran who ran Sky One in the Nineties and was responsible for some of the channel’s few home-grown hits, including Dream Team and Ibiza Uncovered. Ramsden was brought in from Channel 4 by Dawn Airey, head of Sky Networks, less than a year ago.

Nick Theakstone, MindShare’s head of investment says: “In theory Sky One is supposed to be a Sky flagship brand and I don’t think it has been for the past few years. Something needs to change quickly.”

Another TV buyer says: “The channel used to be a ‘must have’, but it has probably become less so now. Across the Sky portfolio, sport is the thing that you can’t do without.”

Many in the industry point to the loss of Friends and ER to Channel 4 as a turning point for the UK’s most popular non-terrestrial channel.

One industry insider says: “It was regarded as having the best of the US programming first, but that is no longer the case.”

As well as Sky One, Channel 4 and E4, other channels are also making their mark in US programming, including Five, with acquisitions such as CSI: Crime Scene Investigation, and Hallmark.

Next year Sky One plans to broadcast Warner Bros programmes such as Nip/Tuck and Tarzan and Jane, but it remains to be seen whether they will prove to be breakthrough shows.

Sky One has also had mixed results with home-produced programming, with industry insiders claiming that it is too dependent on “sex in the sun” reality shows, which they claim do not fit well with plans to move the channel slightly more upmarket and to broaden its audience.

The biggest issue the channel faces is the multi-channel explosion, says Carat media director Steve Hobbs: “Now there are more than 300 channels available and it is looking a bit too generalist in a specialist world.”

Sky One is also competing with strong entertainment channels such as E4 and ITV2 that have emerged since its launch. Both benefit from cross promotion from their mother terrestrial channels, a factor that is also enjoyed by the newer BBC3, as well as programme line extensions such as Big Brother Live in the case of E4, and Pop Idol and Coronation Street specials for ITV2. Increased distribution has also benefited ITV2, with a place on digital satellite now secure as well as a slot on the growing Freeview platform. In contrast, Sky One lost distribution on the digital terrestrial platform when ITV Digital collapsed.

Competition is set to increase even further. Spurred on by the growth of Freeview, which is expected to reach four million homes by the end of 2004, Disney has said that it will launch a general entertainment channel on the platform. Channel 4 has also made no secret of the fact that it would consider turning E4 into a free channel available on Freeview, once the advertising revenue that could be obtained through wider distribution would more than offset subscription revenue. BSkyB has even admitted that it will look at turning Sky Travel into a general entertainment proposition once Freeview reaches critical mass.

Competition for Sky One is also emerging from unexpected quarters. Fox Entertainment, 80.6 per cent-owned by News Corporation, which is a 35.4 per cent stakeholder in BSkyB, is to launch FX UK, an entertainment channel targeted at adult men, next year.

Granada Channels director of sales Craig Nayman says: “People aren’t necessarily watching more TV; viewing is becoming more fragmented. Any channel that comes into the market is a competitor and someone has to lose out.”

The launch of Sky One Mix is another reason for the decline in Sky One’s performance, claims Andrew Canter, head of broadcast at Media Planning Group, who believes the new channel is cannibalising its mother channel just as Sky Two did when it launched in 1996, only to be axed a year later.

TV buyers want to see Sky One reverse the decline in its popularity by developing a clear direction for the channel. But the reality is that with increased competition from other channels, Sky One will do well to protect its current position.