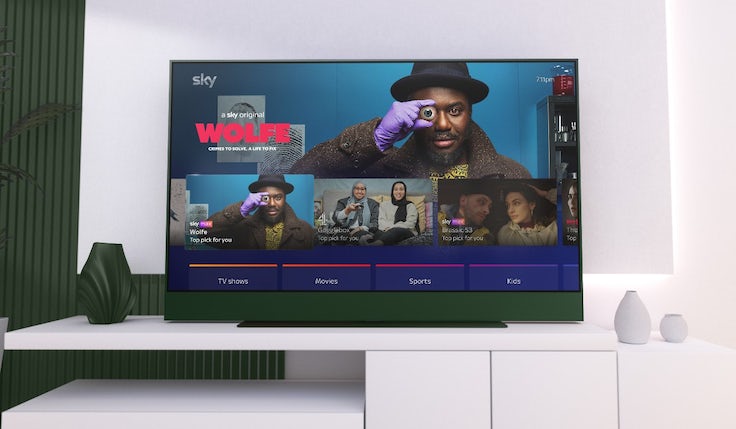 Identified as a “game changer” for the brand, Sky has unveiled its biggest ever marketing campaign to promote its latest product innovation, Sky Glass.

Sky Glass is the brand’s first television and is being touted as the world’s first “streaming TV”. The device will stream content entirely over the internet, with no satellite dish or box, and is the first to be certified as a carbon neutral product.

However, the primary purpose of the TV is to aggregate content from different streaming services into one place, with shows from platforms including Netflix, Amazon Prime and BBC iPlayer to be available alongside Sky TV content through one unified interface.

And while Kantar’s BrandZ analysis saw Sky’s brand value rise by 19% over 2020, Netflix saw its value soar by 55%, while YouTube was up by 39%. Sky was deemed to have less power and less potential for growth than Netflix, YouTube and Amazon Prime.Revealed: The UK’s top 75 most valuable brands

But according to Sky TV marketing director Sunny Bhurji, Sky now sees online streaming services such as Netflix and Amazon as “partners” rather than competitors.

“It’s not about Sky and Netflix and Amazon, it’s about the consumer and it’s about our customers,” he tells Marketing Week. “We just want to make sure our customers get all the best content in the easiest, most simple way possible.

“Our partners have incredible content – why wouldn’t we want to share it? But what we can do is make it a really incredible, immersive experience through Sky Glass.”

Bhurji adds that Sky Glass has been designed with the needs of its customers front of mind, as the brand looks to simplify the entertainment experience.

“People’s lives are incredibly complicated and what we’ve been attuned to think is that we need more, more, more. More apps, more tech. All of which comes with complexity, from the aesthetic and set up of your home, to how your experience plays out on a day-to-day basis,” he says.

Consumers spend significant amounts of time going in and out of streaming apps and “sofa searching” for entertainment to watch, he adds. “The great thing about this is that we aggregate all the content and bring it to you.”

For example, if Sky had the first five seasons of the US sitcom Friends, but Netflix had the latter five, searching for Friends on Sky Glass would pull all episodes from all platforms.

“But it’s also important that great TV finds you,” Bhurji continues. Sky Glass therefore takes an active role in curating content, identifying and revealing which shows have been most talked about, what’s just launched, and what has a new series coming out soon.

“That’s what I think is the consumer need,” he says. “But the interesting thing is people don’t know it’s an issue until they see the solution.”

We are in essence creating a category. You have the TV category and then the entertainment and content category – we are the first to bring them together.

To discover what it was that consumers needed from their entertainment experience, Sky undertook a lot of “consumer closeness work”, where the marketing team watched people and the way they interact with TVs.

Then, through speaking to consumers directly, the team identified that value is a “really important” consideration for TV buyers. “It was almost a mic-drop moment,” Bhurji says, and has defined the business’s pricing and selling strategy.

Customers will therefore buy a Sky Glass TV with flexible payments, much like a mobile phone contract. For £39 a month they can get a 43″ TV, plus Sky Ultimate TV, which provides access to Sky and third-party content.  Prices rise by £4 to £8 a month as the size of the screen increases.

Bhurji adds that Sky Glass is a “game changer” for the Sky brand, “because we’re really putting the customer at the heart of what we’re doing”.

The pay-TV company is kicking off its promotional push for the TV today (8 October) with a three-month campaign, which the brand claims is the biggest ever product launch in the UK in terms of marketing spend.

Led internally by the Sky TV marketing team, the Sky Glass campaign is the outcome of a bespoke ‘Brand Hub’ – a collaboration between Sky Creative, Sky’s in-house advertising and creative function, venturethree and AKQA.

The development of the campaign took around 18 months, Bhurji estimates, encompassing research and insight work at an early stage, followed by building the brand assets out from scratch.

“We built the product around the customer need, so we wanted to make sure the marketing did the same,” he says.

Carrying the tagline ‘Made of Magic’, the Sky Glass campaign is expected to reach a record 99% of the adult population of the UK. The campaign has been split into two “phases”: ‘The Spell’ and ‘The Wizard’.

The first phase is to deliver 1.3 billion outdoor advertising impressions, 86% share of voice in the first three-week period, and the first ever Times newspaper cover wrap for a consumer brand. Over 60% of spend is dedicated to digital media, with Sky Glass to be the first Sky product available for purchase via social media.

Both phases will also include a TV ad campaign, while the launch campaign includes a series of radio ads featuring actor Helena Bonham Carter. BRIT Award winner Griff, who was named 2021’s ‘Rising Star’,  was also brought on board to create a bespoke track for the campaign.

Our partners have incredible content – why wouldn’t we want to share it? But what we can do is make it a really incredible, immersive experience through Sky Glass.

The theme of magic stems from a quote by science-fiction writer Arthur C Clarke, Bhurji claims: “Any sufficiently advanced technology is indistinguishable from magic”.

He explains: “We really liked this because when we saw this product, we saw  the form and function of this amazing TV integrated with this incredible content at this amazing price. It was quite magical.”

As for why the campaign is weighted so heavily towards digital marketing? Bhurji says it is the quickest way to educate consumers on the product and to enable them to discover more.

“We are in essence creating a category,” he says. “You have the TV category and then entertainment and content category – we are the first to bring them together.

“But people are still going to want to know, ‘is this a good TV?’ They know we do amazing content and that we have incredible tech credentials – look at Sky Q – but there’s always those people who will want to know for certain how good it is.”

On top of this, however, the brand is also investing in an experiential campaign to support the launch of Sky Glass, with an experiential touring unit to travel around the UK, starting on Monday in Covent Garden, London. The unit is designed as a house with interactive experience rooms, where consumers can see what colour TV they might want, for example.

Sky will also be focusing on providing an in-store experience in its high street shops as well. Overall, 40 million people across the country will be within a 20-minute drive of seeing or experiencing a Sky Glass TV, Bhurji claims.

“We want to make sure we’re creating a [huge] marketing presence to make sure that people first gain an understanding of the TV in the initial three-week burst, and then we have an incredible opportunity to engage with consumers in an emotional way.”

However, Bhurji adds that Sky Glass is only the beginning for Sky as it embarks on a journey of further product developments and new launches to come.

“This is the start of an incredible roadmap, all focused on the consumer and making their lives better,” he concludes.

Asking yourself if you are proud of the work you’re producing and its impact on wider society is an important lesson for young marketers, says Sky marketing director Dave Stratton. 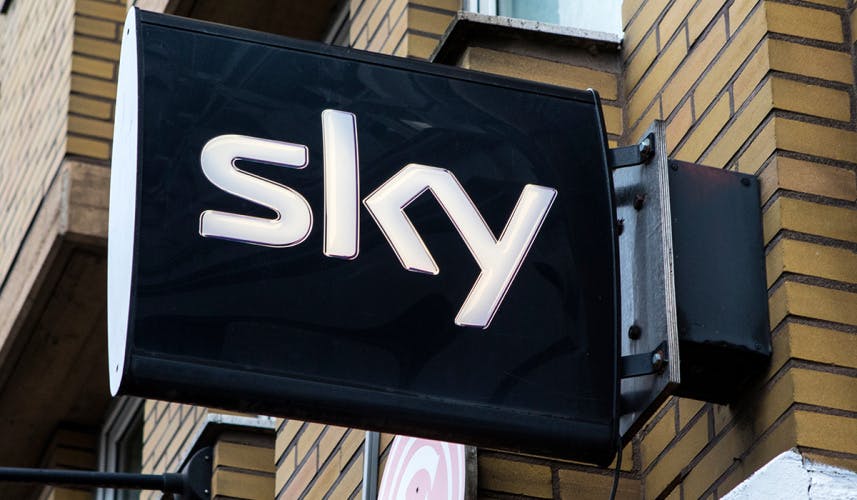 The broadcaster partnered with the likes of Netflix, Disney+ and YouTube for its recent Sky Q campaign, in which it created bespoke ads for different groups of TV viewers. 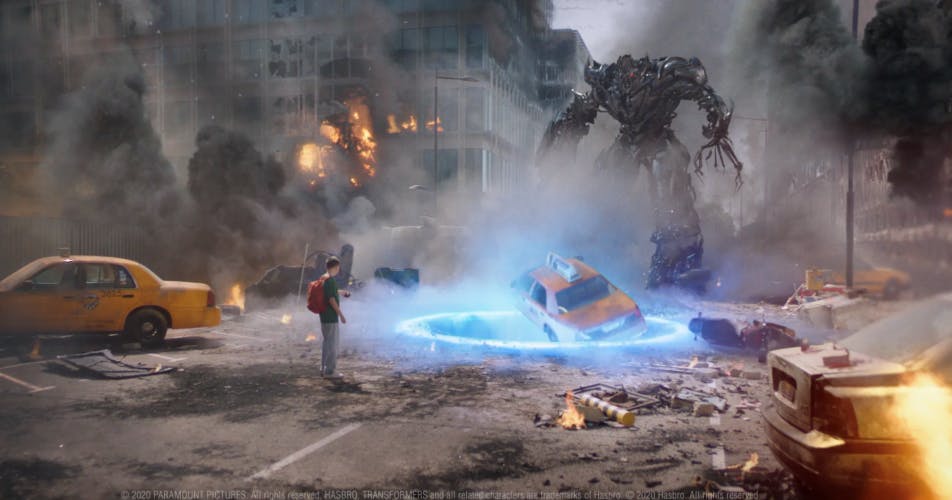