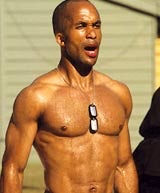 Sky TV is looking for a sponsor for its new reality show, Boot Camp, which airs on Sky One in the next few weeks.

It is not clear whether the show will be sold as a standalone product or as part of an “action”-themed Tuesday evening package.

Sky snapped up the show, which is one of the highlights in its spring and summer line-up, after a fierce bidding war against the BBC.

Boot Camp, in which eight men and eight women endure a fitness regime at a US army training camp, airs on Sky One from April 17 at 8pm. Each week the contestants vote out fellow competitors until one is left to take the £350,000 prize.

The show launched on the Fox network in the US last Wednesday, attracting 15.8 million viewers – a similar sized audience to that which watched the first episode of the hit reality show Temptation Island.

If the show featuring US contestants is a hit, Sky may consider making a version with British contestants.

Mark Gibson, sponsorship controller for non-sport at Sky, says: “The show is on the market and we have had a few people interested. We are looking for the right sponsor.”

The programme may be a suitable sponsorship property for brands in the energy drinks or deodorant sectors, he says.