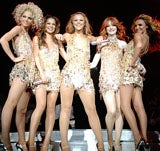 It has signed deals with the four major music labels EMI, Sony Music Entertainment, Universal and Warner Music, as well as several independent labels which will allow it access to their music content.

Sky will use a subscription model whereby customers will be charged a monthly fee for unlimited access to over four million songs.

The model differs from iTunes where consumers pay per track and Spotify, which uses a free, advertising-funded model.

“Our music partners bring an outstanding catalogue and unrivalled expertise that complements Sky’s strengths in content distribution. Sky Songs will reach out to consumers who want legitimate digital services offering choice, ease of use and great value,” he says.