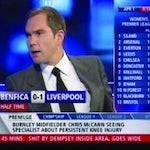 The channel will be available to Sky Sports subscribers only from today (23 August) It was previously part of the Freeview package of channels.

Sky has been marketing its sports channel heavily over the last month in advance of the new football season.

Sports 1 and Sky Sports 2 at cheaper rates than Sky charges its customers following an Ofcom ruling.