Earlier this week, the broadcaster said it’s free-to-air TV channel will only be available on subscription from later this year, but a Sky spokesman told new media age it’s sports news site will remain free to access.

He added the company has no intention to make Sky News’ online and TV offerings subscription-only.

The spokesman said, “We have no plans to remove Sky News from Freeview, nor to change its current funding mechanism.”

The move by Sky, which is part-owned by Rupert Murdoch’s News Corporation, echoes the decision by News Corp’s News International to place content from the The Times and Sunday Times behind paywalls.

The changes to the FSA can only be a good thing for marketers of financial services. (“Osborne abolishes FSA”, MarketingWeek.co.uk 17 June) Over recent years, people’s trust in financial products has been eroded, but a sweeping change such as this should restore confidence. 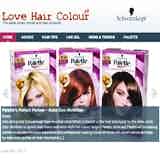 Marks & Spencer is running a promotion for its Food on the Move range supported with a press advertising campaign.