Under the deal, SKYCIG products will be sold and will be allowed to be used within certain areas of the stadium. SKYCIG reps will also be present at selected matches over the course of the season to offer product samples to smokers.

The partnership marks SKYCIG’s first club-specific sponsorship deal, although it has had an advertising presence within football for the past two seasons.

Smoking has been banned within English football stadiums since 2007 when the ban on smoking in enclosed public places and workplaces came into effect.

Regulation around the use of e-cigarettes in public places is less clearcut and some UK employers have recently banned staff using vaporising products in the workplace.

Earlier this year the Medicines and Healthcare Products Regulatory Authority announced all nicotine containing products, including e-cigarettes, will be regulated as medicines. The legislation is likely to come into effect in the UK from 2016.

Until then, e-cigarettes will continue to be regulated as consumer products in the UK – although products sharing features with tobacco can only be advertised providing the ad implies to reference to smoking or a tobacco product and if it does not make any medicinal claims.

Ahead of 2016 e-cigarette companies are taking advantage of sitting within the consumer products category by investing heavily in marketing and creating new products. In June London venue The O2 signed a multi-year partnership deal with E-Lites, allowing guests to use and buy the products in and around the arena.

This month The European Parliament voted to put new limits on the advertising of electronic cigarettes, but rejected European Commission proposals calling for them to be regarded as medicines, like nicotine patches or gum. 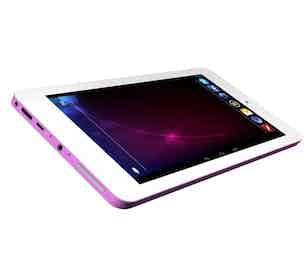 Argos is entering the increasingly competitive budget tablet arena with the launch of its own device as part of a wider marketing push to boost sales over the festive period.