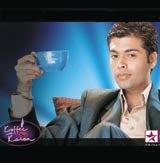 Viewers looking for candid revelations and gossip from Bollywood will have a new show to watch this month when Koffee with Karan – India’s answer to Friday Night with Jonathan Ross – airs on the satellite and cable channel Star Plus.

Hosted by the Indian director and producer Karan Johar, the show is the latest initiative from the Rupert Murdoch-owned Star TV to attract UK subscribers with a South Asian background.

Just over a year ago, Star secured slots for Star News and the entertainment channel Star Plus in Sky Digital’s family package, taken by the bulk of the broadcaster’s 7.6 million subscribers.

Of these, more than 350,000 are South Asian – but despite this advantage, competition for these households is tough and looks likely to get even harder.

Meanwhile ZMTV, a sales house that oversees Sony Entertainment Television Asia, B4U Music and other ethnic interest channels such as Phoenix Chinese News and Entertainment (PCNE), has signed up Channel S, aimed at Sylheti-speaking Bangladeshis in the UK.

In addition, Star itself has plans to expand its portfolio of channels in the UK. Star India chief executive Peter Mukerjea says he is about to enter into talks with BSkyB about introducing the movie channel Star Gold and the entertainment channel Star One, launched in India last year, which targets young urban viewers. Both would provide more content that would appeal to second- and third-generation British Asians.

It seems likely that BSkyB chief executive James Murdoch will play ball, since he headed Star TV before moving into his current role.

Star, which moved into profit in 2003, is available in more than 53 countries, has more than 50 television services and claims to reach 300 million viewers a week. Three years ago it was one of the first non-state controlled broadcasters to be given limited broadcasting rights in China.

The broadcaster also boasts that Star Plus is South Asia’s leading Hindi entertainment cable channel, attracting 36 million viewers a day and, year on year, outperforming Zee and Sony Entertainment Television Asia in audience share for the past four years.

Mukerjea says: “Forty-five out of the top 50 shows on a regular basis have been Star Plus shows.” These, he says, are exported around the world. “Japan picks up a lot of content, such as Bollywood movies and soaps, and we sell a heap of Indian content into China and Taiwan. We are finding an affinity between Asian viewers and the best content.”

Mukerjea believes there is great potential for Star, as there is for any content provider that works in one of the four key global languages of Hindi, Mandarin, Spanish and English.

Rupert Murdoch also appears to take this view, as his News Corporation owns Star TV and has a significant stake in Phoenix, which broadcasts across South-east Asia, Australasia, Europe and the US. Phoenix’s largest audience is in mainland China, where it reaches more than 42 million households, or more than 140 million viewers.

In the UK, BSkyB – in which News Corporation has a sizeable stake – carries more than 26 foreign language channels including TVEi, which is broadcast in Spanish, and PCNE. Most are free-to-air channels with some exceptions such as Star Plus and Star News and some of the Zee TV channels, which are subscription only.

A study carried out by Ethnic Focus for Sky in 2003 showed that 70 per cent of the UK’s South Asian community felt underserved by programmes on terrestrial channels. That explains why – using BARB’s figures from February 2003 – at 56.2 per cent, multi-channel television penetration is significantly higher within Asian households than the national average of 43.8 per cent.

Star UK head of marketing Suruchi Sthalekar says: “The Asian audience is so diverse and the population is growing.” The 2001 census appears to back this view. As a whole, ethnic minorities made up 7.9 per cent of the population, with the South Asian community (made up of Indians, Pakistanis and Bangladeshis) accounting for half of that at four per cent. Furthermore, their numbers were expected to grow at twice the rate of the general population. 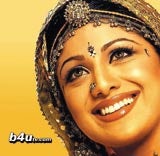 According to the Ethnic Labour Report 2003, 25 per cent of ethnic households earn more than £30,000 a year and ethnic consumers contribute more than £40bn to the UK’s gross national product. Yet industry estimates suggest that mainstream advertisers make up less than 20 per cent of advertising on South Asian channels.

According to Sthalekar, part of the blame lies with the misconception that mainstream brands would have to change their advertising to fit in.

Sandip Vadher heads a new unit at JWT called Diversify, set up to produce communications that engage with ethnic minorities, and agrees that for many brands, targeting ethnic consumers is uncharted territory. “Where it does happen it is often blatant tokenism that in fact alienates the audience it is designed to attract,” he says.

“Diverse audiences provide difficult choices for advertisers, especially as most ethnic minority communities share similar media habits with the general population. This applies in particular to the younger generation.”

Jason Spencer, a media group manager at PHD, says that foreign language channels tend only to make it on to TV schedules when it is relevant to target certain communities. BT, for instance, has used such channels to advertise its international direct rates and South Asian channels to support its Asian helpline.

Lack of research is another issue that arguably stands in the way of more mainstream advertisers using South Asian or foreign language channels. The bulk of the channels do not subscribe to BARB. Mukerjea believes that if the South Asian channels could jointly fund independent research, this could help significantly.

Product placement in television programming has been given backing in principle by Ofcom chief executive Stephen Carter. Speaking at the Incorporated Society of British Advertisers annual conference yesterday, Carter indicated that product placement in TV programmes needed to be considered in the light of the potential threat to TV advertising presented by personal video recorders, […]

As financial service providers fight over which of them offers the lowest interest rates, research flags up another feature that shouldn’t be overlooked – credit card design