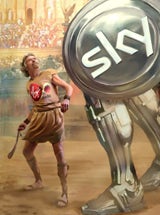 So who will win the battle between Sir Richard Branson’s Virgin Media and Rupert Murdoch’s BSkyB? The bearded billionaire or the cool, calculating Australian?

All-out television war was declared last week when satellite operator BSkyB pulled some of its channels from Virgin’s cable network after Branson refused to pay more for the rights to broadcast Sky One, Sky Two, Sky Sports News and Sky News.

The dispute revolves around a new package that Sky has offered Virgin comprising rights to screen the channels bundled with added extras such as high-definition television capacity and exclusive content. Instead of the £25m deal it replaced, the revised package cost £50m. Virgin says this doubles the price, though Sky claims that in “like-for-like” terms, it represents a 20% hike.

Sky justifies the increase by arguing it has boosted programme investment on the channels by 68% in the past five years. The package costs only 3p per customer each day. Virgin says it is an unjustified and damaging increase and is refusing to pay, hence the channels being pulled. It is threatening a High Court challenge against Sky’s “abuse of its dominance” unless the satellite broadcaster agrees to binding arbitration. Sky says it is open to negotiation, but turns down arbitration, saying Virgin is making this conditional on investigating past contracts.

Branson is once again acting out the role of the little man heroically taking a stand against the dominant market player. He portrayed himself as David fighting Goliath on the consumer’s behalf when Virgin launched into airlines and mobile phones. However, this time Virgin Media consumers appear to be blaming Virgin for the loss of the Sky channels. So who will come out on top in the battle for the pay-TV market? And what will victory look like?

Sky’s above
“There’s only going to be one winner and that’s Sky,” says media buyer Nick Theakstone, chief operating officer at Group M. “Sky will walk all over Virgin during the next week or two and use this as a gigantic new business opportunity to get Virgin Media customers to defect,” he adds.

However, Sky could lose up to £60m a year in carriage charges and ad revenue by pulling the channels from Virgin Media. It would need to lure 200,000 Virgin customers to make up the loss.

Even so, Theakstone says Virgin subscribers will be incensed at losing top programmes from Sky One, such as 24, Lost and The Simpsons. Sky could relaunch the channel with a massive marketing campaign and increase the frequency of such shows. For instance, it could promise a Lost weekend so new subscribers can catch up on episodes they missed because of Virgin’s intransigence. “Sky will play every card in the book,” says Theakstone. “I think it will come out on top.”

Not so, insists Richard Huntington, planning director of advertising agency United, which held the Sky account until a few weeks ago. “Sky has got more to lose because, in a sense, Virgin has got nothing to lose,” he says. “Virgin is desperate for us to believe it is the people’s champion against big, bad Sky – a monopolist that does what it likes. Virgin is constantly looking for firsts and ways to position itself as ‘rescuing the market’. It is coming from a long way behind.”

In reality, a showdown with Murdoch Jnr (James is Rupert’s son and chief executive of BSkyB) has been inevitable since Branson became the figurehead of the UK cable television industry last year. He reversed Virgin Mobile into newly-merged cable giant NTL/Telewest and ended up as the leading shareholder in the combined business.

Virgin Media’s strategy of bundling television with telephone lines, broadband access and mobile phones – so-called “four play” – should work to cable’s advantage. Fibre optic cables are a technically superior way of delivering broadband compared with the skinny copper wires offered by BT. Sky is attempting to offer a three-way bundle with a broadband and telephone package through BT and its own television package.

However, cable is a long way behind its satellite rival. Virgin Media has 3.3 million television subscribers but cable passes only half of the UK’s 24 million homes. Virgin is planning to reach the rest by piping IPTV down copper phone wires, although it admits this is inferior technology. Sky, by contrast, can reach 97% of homes and has signed up 8.4 million of them.

Huntington says Virgin has an advantage in the battle with Sky in having a powerful brand, which will help it win public support. While Sky is a highly effective and innovative operator, it has no deep well of sympathy to draw on. At the same time, there is suspicion of the Murdoch clan’s political influence and media cross-holdings. As Huntington says: “Great brands make consumers act irrationally. Sky has always liked to have a rational debate with consumers about channel choice. But here comes an irrational brand with a beard and the colour red.”

Virgin Media managing director of marketing James Kydd is confident that the company’s arguments will hold sway and consumers will emerge as the winners. He says Virgin’s long-term aim is to break what he sees as Sky’s stranglehold on the pay-TV market. “We are determined not to let Sky abuse the dominant position it has had for so long,” he says. “We will make sure it operates in the spirit of good competition. Victory will look like a good place for the consumer and at the moment the loser is the consumer. We have got to ensure there is a more level playing field created where we don’t have these ridiculous negotiations happening by virtue of the structure of the industry.”

But Sky group director for communications and brand marketing Matthew Anderson says: “The key thing is that we are focused on delivering to customers and Virgin Media is focused on a high-profile public relations fight to get a [regulatory] intervention in the industry. We want those channels to be distributed, but it is up to Virgin.The most important thing is that customers win.” He denies Sky abuses its dominant position in the market, saying the television and broadband markets have never been more competitive with Freeview, BT and other broadband television services launching.

Anderson defends Sky’s brand values, saying they are rooted in innovation, technology and customer service. With the launch of its broadband and telephone offers, it is promoting itself as a value provider.

And he lambasts Virgin Media’s launch marketing campaign, calling the Uma Thurman ads “boring”. “It has launched an incredibly laddish campaign that isn’t resonating beyond a niche of Virgin fans,” he says.

Branson’s strategy appears to be to lure Sky into an anti-competitive blunder so he can fight it out through the courts and the regulators. He has scored a minor victory over Sky’s acquisition of a 17.9% stake in ITV, which scuppered his own intentions of a tie-up with the commercial broadcaster. Last week, trade secretary Alistair Darling ordered a public interest inquiry by Ofcom into Sky’s stake, which was seen as a boost for the Virgin camp.

But some believe Branson’s magic has faded considerably and question whether the David and Goliath stance is relevant in a “four play” communications market where Virgin is the market leader in broadband.

In many of Virgin’s ventures, observers have pondered whether the company will stumble and create a brand extension too far that could potentially bring down the whole empire. Virgin Trains turned out not to be the disaster that many expected, though some believed it was not a typical Branson venture as there was no incumbent to tackle. The battle for pay-TV will be the ultimate test of the Virgin brand and Branson’s reputation as the scourge of dominant interests.