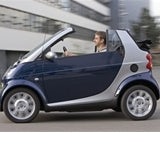 Smart UK managing director Jeremy Simpson has seen his role axed as part of the integration of the marque into Mercedes Car Group.

Simpson, who joined Smart three-and-a-half years ago from parent company DaimlerChrysler (MW August 29, 2002), has moved to work on an environmental project for Daimler, believed to include the development of hybrid vehicles.

His role has been in doubt since last year when DaimlerChrysler announced it was restructuring the division in an attempt to achieve profitability for the first time in 2007. Daimler then said it was cutting up to 130 UK jobs across all its brands to “maintain its competitive edge” (MW December 1, 2005).

Sources say the integration process could also affect Smart’s agencies Farm and Rapier, although a spokeswoman denies this is the case. The marque previously had an annual advertising budget of &£10m but said last year that it was slashing its promotional budget and scrapping television advertising.

A Mercedes spokesman says that after a consultation period it was decided that 80 roles were no longer needed and 32 people left the company in March.

The spokesman adds that Mercedes’ product marketing team has grown as part of the shake-up, with people moving from other areas of the business.