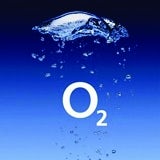 Spanish company Telefonica, O2’s parent group, says the uplift from its UK operation was due to the “improvement in mobile service revenue and the success of handset sales”, reflecting the increased demand for new smart handsets.

Mobile service revenues reached €4.84bn (£4.12bn) for the first nine months of 2010, increasing 4.9% year-on-year. Nearly 40% of this figure was from data revenues, driven by smartphone demand.

O2 adds that successful campaigns for its pre-pay services helped curb what had been a growing level of disconnections.

The company reported 115,000 pre-pay customer additions in the third quarter, which O2 calls a “positive evolution.”

The increase comes as all UK mobile operators upweight their pay as you go marketing activity in the run up to Christmas, when a third of pay as go phones are purchased.

The company says it now has a total of 22 million customers, a 4.8% year-on-year rise, with 352,000 customers added in the third quarter.