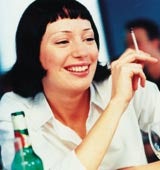 Pub companies may ditch their food operations in a bid to avoid the Government’s proposed ban on smoking in public places in England, plans for which were announced in last month’s Queen’s Speech.

Mark Hastings of the British Beer and Pub Association says pubs will be faced with “Hobson’s choice” once the ban comes into effect and could well give up their food operations to avoid having to implement a smoking ban.

He says: “For a third of pubs, serving food is a ‘nice to have’ part of the business rather than a ‘must have’.”

A spokesman for one pub chain, who asked not be named, says that the nature of the ban means that operators will look at dropping their food operations to keep their regulars who smoke.