The media owner wants six brand ambassadors that represent the radio station’s “outlook on life and share its love of life and music” to feature in ads and in-person at branded events.

The work will be the first created by Euro RSCG KLP after the agency won the advertising business in March.

GMG is hoping to arrest recent audience dips. Smooth Radio London saw its weekly audience reach dip to 414,000 in the final three months of 2009, down 33.3% on the previous quarter and 29% on the same period a year earlier, according to the latest Rajar listenership figures.

Nationally, Total Smooth Radio dropped 6.6% quarter on quarter and 3.9% year on year to 2.7m listeners. Data for the first three months of 2010 is released on Thursday (13 May).

Helen Dickinson, group marketing manager, says the planned campaign “harnesses the power of these advocates to introduce new listeners to the brand in an exciting and engaging manner.”

Would-be advocates can apply online until 21 June or at five roadshow events in May and June.

Details of the advertising campaign featuring the ambassadors will be announced later in the summer.

The Football Association’s financial problems are deepening as National Express will not be renewing its multi-million pound sponsorship.

Orange and T-Mobile are to be housed under the parent company name of Everything Everywhere from 1 July but will retain their separate brand identities. 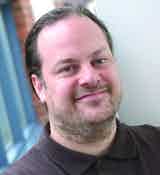 Chris Marling, editor of Broadband Genie, the independent comparison site for broadband, looks into what the coalition government might do with the new Digital Economy Bill.