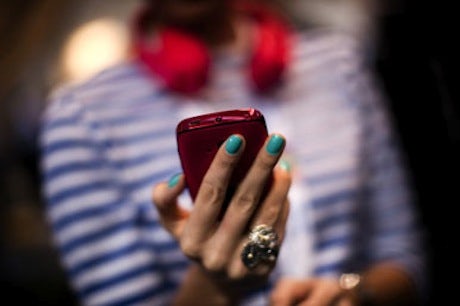 The move marks the first time the ICO has used its power to issue a monetary penalty for a serious breach of the Privacy and Electronic Communications Regulations (PECR) since these powers were approved in January next year.

The combined £440,000 fine issued to Tetrus Telecoms’ owners Christopher Niebel and Gary McNeish comes after an 18-month investigation into the company’s practices. The two are also facing prosecution from the ICO for failing to notify that Tetrus was processing personal information – a requirement under the Data Protection Act – which could be punishable by a potentially unlimited fine in the Crown Court.

The ICO received intelligence the company was sending “huge volumes” of unsolicited text messages, without the consent of the recipient and without identifying the sender – both of which are legal requirements under the PECR Act. Tetrus used any replies generated from the text messages – even those who replied with the word “STOP” – to sell leads to other companies.

Evidence obtained from a raid at its Stockprot premises in August last year found Tetrus was using unregistered pay as you go SIM cards to send out as many as 840,000 illegal text messages a day, generating a daily income of £7,000 to £8,000.

Tetrus sent out claims tempting the recipient to reply, such as : “CLAIM TODAY you may be entitled to £3500 for the accident you had. To claim free, reply CLAIM to this message. To opt out text STOP. Thank you.”

Christopher Graham, the information commissioner, says: “The public have told us that they are distressed and annoyed by the constant bombardment of illegal texts and calls and we are currently cracking down on the companies responsible, using the full force of the law.”

In March the ICO set up a survey on its website asking the public to inform it about the unwanted texts and calls they have been receiving from companies. So far it has received more than 60,000 responses.

Mike Lordan, chief of operations for the Direct Marketing Association, says it hopes the ICO takes similar enforcement action against other SMS spammers, as well as taking punitive action against those found to be breaking TPS cold calling regulations.

He adds: “We’ve long been awaiting decisive action against those operating outside of the law, so this is an important first step. Text spam causes inconvenience and distress to millions of consumers and harms the legitimate mobile marketing industry, which is worth £135m a year to the UK economy.”

The ICO is also considering issuing penalties to three other companies believed to be acting in breach of the regulations as it continues its crackdown on the illegal marketing industry.

The regulator advises the public not to respond to any messages if they do not know who sent the text and advises people to visit its website for more information.