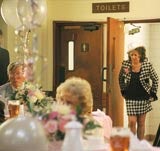 Scottish Courage is to boost the marketing and advertising spend on its brand portfolio by ten per cent this year.

The bulk of that spend will go on its flagship brand Foster’s, which will see its budget increase from &£35m to &£40m. John Smith’s, whose ads are fronted by comedian Peter Kay, will be allocated an extra &£2m, taking its advertising and marketing budget to &£22m.

And Kronenbourg is set to benefit from an additional &£3m – taking its budget to &£18m.

Strongbow, bought by parent company Scottish &amp; Newcastle in 2003 as part of the acquisition of Bulmers, will be backed by a &£20m marketing budget this year, to help to raise its profile.

Interim figures announced last week showed that sales of the brewer’s four main UK brands – Foster’s, John Smith’s, Kronenbourg and Strongbow – rose by 4.5 per cent last year, on the back of a 20 per cent rise in ad spending, the John Smith’s sponsorship of the Grand National and the same brand’s successful television campaign.

The strong trading performance in the UK helped the company achieve an 11 per cent rise in underlying profits: group profit, before one-off items, was &£373m, up from &£336m in 2003.

The UK embraced mobile telephony and rapidly evolved into ‘generation text’, but encouraging us to take up 3G with the same enthusiasm could prove a harder task

The ASA has upheld a complaint against a TV ad for online gaming site Pokerstars.net, for promoting gambling for money. The ad featured players who mentioned how much they had won, including one called Chris Moneymaker. The ASA noted his name

The Hartford Financial Services Group, one of the largest investment and insurance companies in the US, has appointed Citigate Albert Frank (CAF) to handle the UK launch of its brand. The Hartford Europe managing director of marketing John Enos started looking for an agency in January (MW January 13). CAF won the business after pitching […]