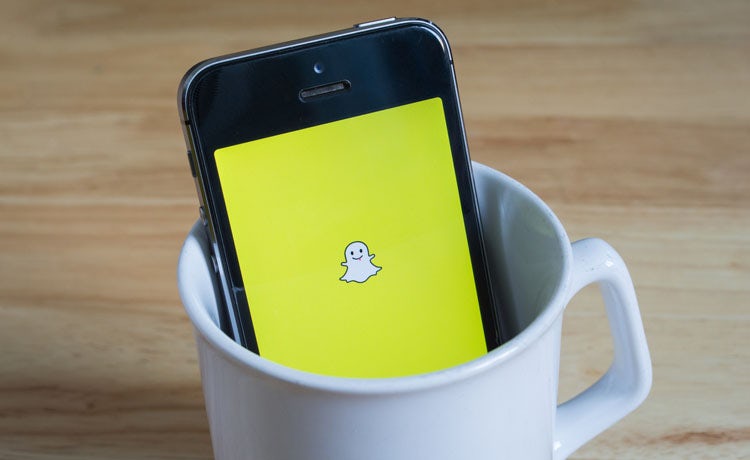 For many brands, Snapchat is probably akin to a circus. From the outside it’s all flashing lights, flying pugs, and dancing hotdogs. But step inside and it all becomes a bit noisy and overwhelming. So where should brands start?

It’s been two years since the seven-year-old social media platform decided to let advertisers in, opening up a whole host of new and largely unexplored opportunities centred around one thing: the smartphone camera.

From sponsored geo-filters and video content, to shoppable augmented reality posts, there are numerous ways – ranging in price from around $7 (£6) to $500,000 (£426,000) – for brands and publishers to reach Snapchat’s 191 million daily active users (12 million in the UK), who each spend an average of between 25 and 30 minutes sending photos and consuming content on the platform every day. It is now even trialling six-second forced view ads and unskippable ads within shows in its Discover section.

And yet many marketers seem reluctant to join the Snapchat flower garland revolution that has (ironically) taken Instagram – renowned for its Snapchat copy-catting – by storm.

In the first quarter of 2018 just 8% of marketers used Snapchat, up by only 1 percentage point on the previous year, according to a report by Social Media Examiner. 72% said they have no plans to use the platform at all in the next 12 months.

Snapchat had a bumpy start to the year with more than a million users signing a petition to get Snapchat to undo its latest redesign. Complaints focused on the new layout, claiming it makes the app hard to use, while a single tweet from Kylie Jenner wiped $1.3bn from the company’s value.

The big benefit for me is getting The Economist in front of a much younger audience.

In the UK, Snapchat has also seen growth in ad revenues, with the UK arm accounting for around 10% of the platform’s overall ad revenue. Snapchat is on course to make £105m in UK ad revenue this year, almost double that of the previous year, according to eMarketer, although that only translates to 1% of all digital spend.

So, is there worthwhile commercial opportunity beyond the rose-tinted lenses? Or is Snapchat’s shelf-life as fleeting as the 3.5 billion self-destructing snaps sent every day?

Snapchat’s point of difference is undoubtedly augmented reality. It claims that more than 250 million AR Snaps are shared every day, while 70% of users play with AR each month and 30% for more than three minutes a day.

Compare that to a 30-second TV ad and the “impact on engagement metrics is in a different league,” argues Snap’s UK creative director David Norris.

“The shift in talking with pictures is incredibly compelling for brands on a platform,” Norris says. “The majority of our users have sound on, the majority are used to engaging and playing through the camera. It creates a totally different opportunity for a brand to communicate.”

Adidas is one brand experimenting with Snapchat’s advertising offers, and earlier this year became one of the first brands to sell products via the platform’s new shoppable augmented reality technology, which allows advertisers add a ‘buy’ button on to their AR lenses.

While most brands are yet to dip their toes into the world of social commerce, Adidas Originals’s global director of digital and retail marketing Swave Szymczyk says its ‘fail fast’ motto means it is testing things as quickly as possible to figure out what works and what doesn’t.

Three UK is another brand pumping money into the platform. Last month it launched the world’s first AR Snapchat emoji pet, the Puggerfly.

“We have huge goals as a brand over the next few years and therefore [we’re] looking at ways to attract new customers as well as create brand engagement and love with our existing audience,” explains Jolene Sicklemore, Three’s head of marketing comms and execution.

“Snapchat is a growing platform for us. We are constantly looking at how we can engage people on it, as we do across all channels and we will be continuing to work with the platform throughout the year.”

If we understand a certain behaviour exists then we need to be looking to take advantage of that.

But these are big brands with big budgets, meaning they have time and money to play around with augmented reality and different vertical video formats – both of which are still in their nascency.

Not everybody can afford to take Adidas’ fail fast approach – and for smaller brands with less money and resource, spending $40,000 to $500,000 a day on a sponsored lens isn’t going to be a commercially viable option.

But there are other options. For example, a local geo-filter costs around $7 to run, while Snap Ads, which consist of videos up to 10 seconds in the Discover tab, cost around $1,000.

Cristina Sarraille, a senior strategist at We Are Social, says the biggest challenge for Snapchat at present is making advertisers realise that it is “more than just a lens”.

“It can be used for ecommerce, promoting events, generating content for other activations, so for quite a lot of advertisers the main barrier is that they see it as a one-way conversation instead of a way of building a narrative and dialogue with their consumers,” Sarraille says.

“It’s a very personal relationship that users have with Snapchat and if brands understand how to build the right narrative to be there and play a role in their lives they will nail it and get that return on investment that everyone is so keen to get from social.”

Another barrier, she says, is that Snapchat is perceived to only be used by teens. However, 75% of Snapchat users are over 18 and 43% of those are parents. In the US, Snapchat reaches 41% of 18- to 34-year-olds a day.

UK magazine Cosmopolitan says it made sense to launch on Snapchat’s discover platform three years ago because that was where its audience was.

Over the past 12 months, Cosmo’s average daily Snapchat users have increased by 25%, with 60% returning at least three times a week. On top of that the magazine brand says it has seen 30% swipe-up rates and up to 47 seconds spent on a piece of branded content.

Jane Wolfson, chief agency officer of Cosmo’s publisher Hearst UK, says while at the start it was very much about experimentation, it is now able to use data and analytics to gain a tangible insight into Cosmopolitan’s audience to help inform editorial decisions.

“Snapchat is absolutely a key part of Cosmopolitan’s media mix. The loyalty and engagement of our Snapchatters is phenomenal, and it also provides a perfect platform to reach a whole new generation,” she says.

“And from a commercial perspective, we’ve been able to use it as a platform to open up brand new revenue streams. It offers our commercial partners the opportunity for their content to be fully immersed within Cosmopolitan’s trusted content environment, so they can be guaranteed it will appear in the right context.”

But Snapchat’s ability to reach a younger audience seems to trump all else.

“Given that my biggest brand challenge is awareness, it is getting incredible reach and so Snapchat for us is really valuable,” explains The Economist’s publisher and chief operating officer, Michael Brunt.

“It doesn’t bother us [that Snapchat doesn’t share data] because it’s so cost-effective for us. We get modest revenue income from there and that covers the cost of the editorial, but the big benefit for me is getting The Economist in front of a much younger audience.”

Not all brands have benefitted from Snapchat’s younger audience, however, and last year Diageo pulled all advertising from the platform over age verification concerns, after an ad for its Captain Morgan rum brand was banned by the Advertising Standards Authority.

Diageo tells Marketing Week there are no current plans to return to Snapchat, and that it insists that its media partners ensure its brands only appear to those of appropriate age and where a minimum of 75% of the audience is aged 18 and over.

While Snapchat says there are “stringent controls and fail safes” in place to try and guard against inappropriate content being served to teens – such as alcohol and junk food ads – there is no way to stop somebody from lying about their age when they sign up, the minimum age of which is 13.

The future for Snapchat advertising

“It’s hard to look too far forward in the case of Snapchat with the pace of change and evolution that we have,” says Norris.

“Our biggest challenge is making sure we’re on top of behaviours, making sure we listen to our users and evolve and adapt. If we understand a certain behaviour exists then we need to be looking to take advantage of that.”

Indeed, people’s needs and behaviours are changing all the time. When it comes to technology we’re fickle and faddy; things come and go (think Bebo and Myspace) and it is almost inevitable that the new and shiny will eventually lose its sparkle.

But Snapchat’s ability to augment the world we live in certainly provides brands with a playground like no other – and its willingness to listen and evolve the platform shows it wants to do all it can to keep people in and get brands on board.

For those looking to have a bit of fun, it would be silly not to at least experiment if that’s where the audience is.

But don’t be surprised if people go running to whichever social platform Kylie Jenner tweets about next. Perhaps she’ll even bring Myspace back from the dead. 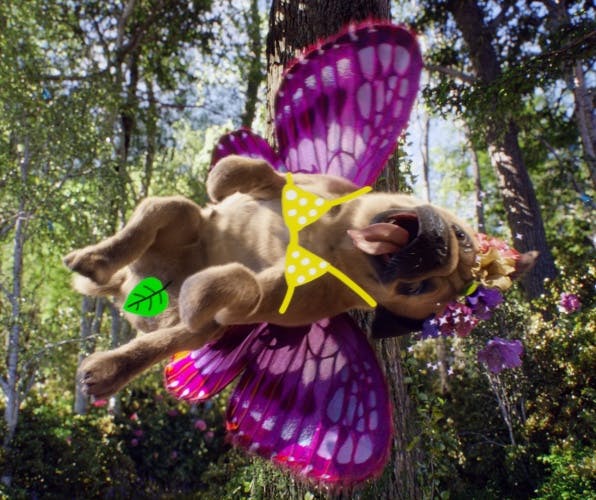 As part of the deal, Three customers will also be able to use Snapchat from now on without using any of their data allowance. 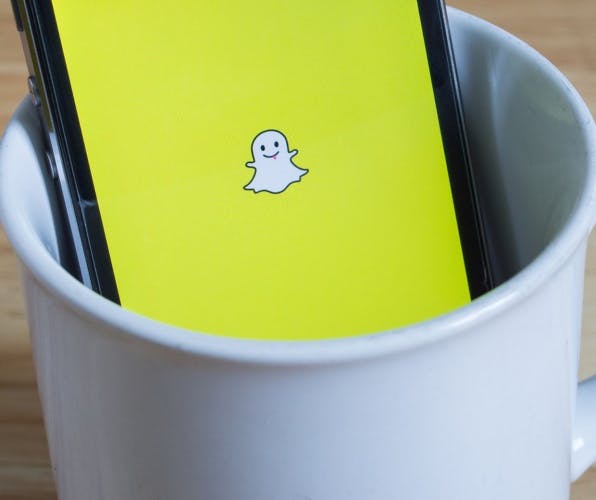 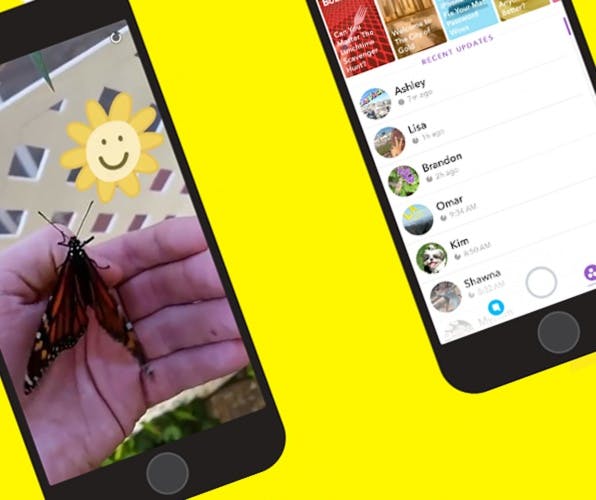