Speaking at Advertising Week Europe today (19 April), he said: “When you’re young you have more time on your hands so people have had a chance to play and experiment with the product, but we’re seeing the demographic stretch pretty significantly now.”

Part of the reason Snapchat’s popularity is increasing among older users is because it doesn’t rely on people needing to endorse each other’s content. And Bell believes Snapchat encourages different behaviour to other social networks as a result.

“Because we don’t obsess or surface vanity metrics it’s not about trying to capture that perfect picture to see how many likes or hearts you can receive,” he explained.

“It’s more about sharing a moment with friends so it removes a lot of the pressure that social media has created and therefore creates this willingness of expression.”

Snapchat, which was recently valued at $16bn, has 100 million active daily users, resulting in 800 million ’snaps’ being shared every 24 hours, with users spending 25 to 30 minutes on the platform on average each day.

Defending the platform’s user experience (UI), which has been criticised in the past, he said: “We start with the camera. We’re about sharing moments with friends and creating content. The UI is built for the mobile interface and what we’ve seen is, if you build and innovate for an audience with the use case and mobile in mind it will look different from desktop but once you start to use it, it becomes very familiar and natural.”

The cost to brands

Bell was also keen to defend the price Snapchat charges brands to reach its audience. “To be frank we didn’t have a huge ad tech platform [when we initially started working with brands] so if you wanted to run a campaign you had to reach a mass audience and therefore you were getting a huge reach [but] it was more expensive. Some of those numbers are still bandied around as being the entry-level price point for Snapchat and that’s no longer the case.”

Brands can now target by age, gender, location and context, which “has been a big piece of development on the ad tech side”.

“Entry-level pricing for Snapchat is tens of thousands now, but it’s [priced] case by case. We also very recently introduced a geo-filter product, which you can access for much less than that, which is a product where you can choose a location, choose a timeframe and place a filter. The entry level for that is significantly less,” he added.

Rapidly growing social media platform Snapchat, which allows users to send temporary videos and pictures to each other, has confirmed it is planning to roll out its own ecommerce platform. But it must not stray too far from its entertaining tone if it wants to keep its young user base engaged. 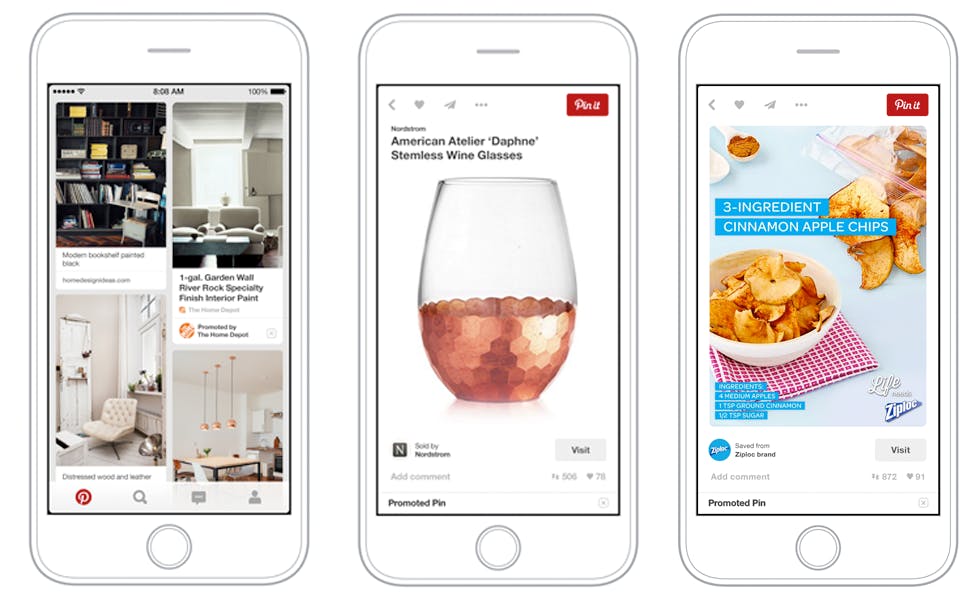 Pinterest is expanding its ad business outside the US for the first time and is hoping to differentiate by focusing on how it can marry online and offline to drive up sales for brands.