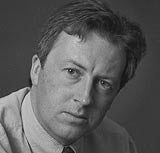 Family has been appointed to handle advertising for the Scottish National Party in the run-up to the Scottish Parliamentary elections, despite it having past links with the Conservative Party.

Family was set up by former Yellow M Edinburgh staffers in June, following the collapse of the agency (MW June 13). The Yellow M network held the account for the Conservative Party at the last Scottish Parliamentary election, as well as during the 2001 general election.

Wright says: “SNP is fully aware of our history and it is not an issue. We have a huge amount of experience in the political arena.”

The SNP has used freelance teams in recent election campaigns and handled media in house. It is also searching for a media buying agency for the forthcoming campaign.

The party has a 100,000 marketing budget and has already unveiled a campaign slogan,”Release our potential”. The elections take place in May 2003.

The Scottish Labour Party has appointed the newly opened TBWA/Edinburgh agency to handle its campaign (MW September 12), while the Conservative Party has yet to appoint an agency.