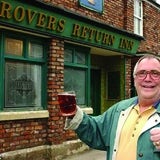 David Poley, chief executive of alcohol industry body Portman Group claims that the efforts of its members, which include Diageo and AB Inbev, to promote responsible drinking “risk being undermined if programme makers glamorise irresponsible drinking.”

He adds: “The biggest challenge in the battle against alcohol misuse is to change social acceptance of excessive drinking.”

Drinkaware research shows that despite 162 instances of characters drinking to excess (more than the daily unit guidelines) over a six-week period, only 1.5% of alcohol scenes portrayed hangovers and less than 1% showed alcohol-related sickness, crime, regret or anti-social behaviour.

Chris Sorek, chief executive of Drinkaware, says: “When viewers sit down to watch a soap they want to be entertained and certainly aren’t expecting to see a public health campaign. But soaps are still a useful channel to get information to viewers. We need to avoid normalising the idea of consequence-free drinking to excess, especially among under 18s, so people of all ages can make informed decisions about their own drinking based on the facts.”

Drinkaware wants to see an increase in food and soft drink alternatives in scenes featuring alcohol.

The alcohol awareness service says it plans to work with soap producers to better depict the risks associated with general alcohol misuse.