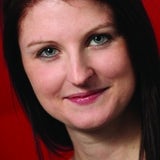 Facebook is making efforts to give retailers more clarity on social commerce because despite the amount of chatter around the opportunity it offers, there’s still a lot of confusion over what it actually is and the benefits.

The social network says that within its walls, social commerce isn’t about having a transactional store within the social network. It’s about bringing social media into the purchase process.

A number of brands have turned to F-commerce as a way to build hype around limited edition or new products, a few such as Asos.com have f-commerce shops, but it doesn’t seem to be a priority.

More important, and rightly so, is getting their own mobile and online sites up and running in a simple, efficient and integrated way.

If you believed some industry observers, you could be forgiven for thinking that to have any kind of future at all, brands and retailers must do business through Facebook.

Just because consumers are using social networks like Facebook and Twitter in more areas of life, it doesn’t mean that they want every aspect of real life to be channelled through it.

It would be disappointing for a retailer that didn’t yet have all its ducks in a row in terms of integrating its own properties, to be reaching out through a third party commerce platform via Facebook.

Heinz is a great example of a brand using F-commerce as a marketing tool rather than a serious selling channel.

It has been very active on Facebook to “sell” a number of products, but by no means is it a major commerce channel for the food brand. It was the first brand in the UK to sell via the channel and used it to promote a limited edition variant of Ketchup.

For such an everyday, established brand, Heinz’s Facebook fans really go crazy for it. By selling a limited number through Facebook, Heinz created a massive buzz around a brand and product which, let’s be honest, isn’t that exciting.

Its vast influence on consumers at this moment in time can’t be doubted, but it’s healthy to hold back on what could still prove to be a transient fad. It’s cultural dominance is in no way set in stone and it would be risky to get forget that.

Bad news for Paul Daniels. Britain’s favourite magician sliced off his ring finger last weekend with a circular saw in his back shed. Daniels had been putting the finishing touches to his props for his upcoming national tour. The better news is that his 26-date national tour, starting in Southsea on the 22nd February – […] 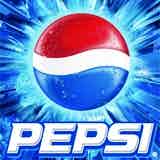 Soft drinks maker Britvic reported an increase in revenue over the festive period driven by strong growth in market share for the Pepsi brands it distributes. 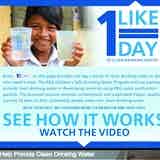