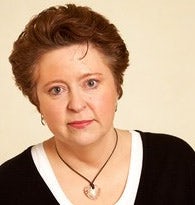 Soft drinks marketers are finding social media is proving to be an important new route of communication in recessionary times but also fear it is “out of control”.

These were some of the views expressed by delegates at the 2009 UK Soft Drinks Industry Conference held by Zenith International in London today (May 7) discussing new market dynamics in the changing economic climate.

On the issue of social media, Cathryn Sleight (pictured), marketing director of Coca-Cola Great Britain and Ireland, says social networks are becoming increasingly important for marketers as they are now an “indispensable part of people’s lives”.

“Would you believe that nine million people in the UK are members of Facebook and these cyber friends influence the decisions we make just as much as the friends we have at home, at work or on the same streets,” she says.

“Four out of ten people on social networks say they are more likely to buy a product if it is recommended to them by social network sites and we expect this will grow even further.”

She adds however that it does not intend to turn away from traditional advertising and this month Coca-Cola launches a new summer television campaign.

“What it does mean is we’re making increasing use of new channels of communication whether that be through mobile phones or social networking sites like Facebook. So this is a really important change in the recession,” he says.

Jonathan Kemp, AG Barr commercial director warns however, that social media can work against a brand, pointing to a Facebook group it has no affiliation with called the “Get rid of Coca-Cola and replace it with Irn-Bru” group, which has 3,654 members.

“You might be thinking that’s great… but it says that ‘this group exists to bring down Coca-Cola and support the consumption of the wildly unhealthy Scottish beverage Irn-Bru’,” he says.

“There’s a lot of new building materials out there but none of us really know how they work properly. The speed of which this thing is moving is incredible… it’s also out of control.”

Phd has been appointed to the estimated 7m media planning account for the Governments Act on CO2 climate change initiative following a pitch.

Having been caught in two scandals in two years, F1 team McLaren’s survival chances look slim if it stumbles into a third

National retailer John Lewis is to unveil the first of up to 50 new format stores selling home, electrical and technology ranges in October. The £6m new format store, which will be a third of the size of full John Lewis Department stores at 55,000sq ft, will get its first trial airing in an old […]