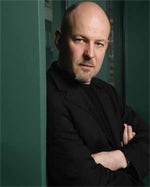 As this edition of Digital Strategy makes clear, the immediate answer is “all of the above, and more”. Our search feature, highlights the power of Facebook’s tie-up with Bing and how advertisers expect Facebook users’ resulting familiarity with the Microsoft search engine will lead to them using it to search the wider web. Social media is having a dramatic impact on the world of email marketing, driving marketers to work harder to connect their email campaigns to consumer behaviour. Online video has seen social media revitalise the world of viral marketing, allowing people to share clips more easily than ever before. And of course the world of research has changed dramatically as social media enables companies to listen in to what customers are saying about their brands, and then take part in those conversations to elicit even more information.

To the list of departments vying for control of social media, you could also add HR, since someone needs to be aware of what the company’s employees are saying via social media, and endeavouring to keep them on-message. Or R&D, which can use social media to help create new products and services.

But if the short-term answer is to say all these departments should have a responsibility, the long-term question must be to ask what effect social media will have on the overall structure of a business.

A popular comparison on the social media conference circuit is the telephone. When it was first adopted as a business tool, companies had telephone departments to handle the new technology. This seems bizarre in a world where every employee has access to at least two telephones. Some social media experts predict a world where social media will be similarly ubiquitous, and where interdepartmental squabbles over its ownership will seem similarly incomprehensible, though this could underplay the complexities involved.

Tom Adams, founder of digital agency Mook and now chief digital officer at Futurebrand, once told me he thought companies “are worried they’re organised according to principles that no longer apply”. A good example of the resultant change in thinking is R&D. This used to be among the most secretive activities of business. Now the idea of putting it “on the outside” of the business, allowing customers to see early versions of new products and provide feedback, perhaps even becoming co-creators, is becoming more common in many sectors. Put that in the context of all the other things a company might be expecting its social media activities to achieve, from improved search listings to a reduction in call-centre traffic, and you can imagine the integration issues.

So while it seems certain that, in the future, every employee will be using some form of social media, the way the business is organised around them seems much more open for debate. 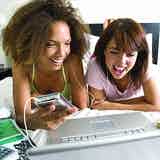 Internet-savvy consumers post, blog and tweet about everything – including the products and services they buy. It’s an information goldmine – if you know how to listen.

The process of selecting an agency has become much more complex since the rise of digital, with its demand for new and niche skills, and there are pros and cons to sticking with the lead agency model or spreading your roster among a group of specialists. 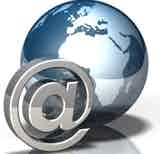 Email may no longer be the only digital channel for brand marketing, says Maeve Hosea, but it still packs a powerful punch when integrated effectively in the new media sphere