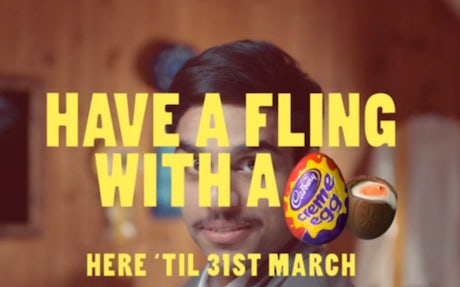 Speaking at Marketing Week Live, Carter argued that FMCG companies like Mondelez should primarily treat social media like a broadcast channel, rather than a tool to build advocacy or loyalty around brands.

She suggested that consumers in the FMCG sector often lack brand loyalty and that promoted posts can help to grab their attention if the content tells an effective story.

“For many years we had the illusion that reach on social is free,” she said. “We have to accept the fact that we have to pay for reach.”

Carter used the example of a Mondelez social media campaign for its Creme Egg brand last year. By using promoted posts to tell stories over a three-month period, the campaign reached 15 million people within its target youth demographic on social media that resulted in five million interactions, she said.

In addition, Carter claimed that social media is now as effective as TV at driving sales, with Facebook accounting for 18 per cent of purchase consideration towards Creme Egg last year compared to 20 per cent for TV. She argued that people only need to see content on social media, rather than engage with it, for it to be effective. “Too often social activity involves getting people to do stuff, such as download an app or click to a microsite,” she said.

“It should be about getting people to stop for a second and look at your content as they scroll through their newsfeed.”

Marketing Week Live 2014: Camelot insight chief Nick Bonney does not believe a true single customer view will ever be within reach.

Highlights from the first day of Marketing Week Live 2014 at London Olympia.