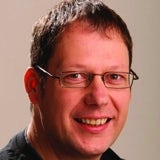 The use of the term social media has done many marketers a dis-service. Actually, it’s led them up a garden path to a place where the trees don’t quite bear the fruit they may have hoped for.

There are two reasons.

First: including the word ’media’ made us believe this was all about communication. It is. But only as a means to an end.

The second: the hangover of our mass communication era concepts of fame.

The latter assumes people are broadcasting in social networks (etc).

Those who believe this will point to the idea that when we use (eg) Twitter we are shouting out into the ether in order to acquire an audience.

And that would be the case if this was a broadcast model – an example of one too many.

It’s many too many. When we tweet (or express metadata – stuff about ourselves, our lives, our issues and concerns) we are not seeking an audience, we are seeking connections.

There are plenty of people seeking their little bit of fame through the use of the tools of social media. What I am saying is that they misunderstand the true value of a network over a broadcast model – that a network brings you connections. And it’s time we all got over that fame thing.

Unless we do, marketers will continue to make the mistake of seeking to gather audience when what they actually want – and need – is connection.

A recent example? I received an email from someone in the industry begging me to ’like’ one of his client’s Facebook pages. If it acquired a certain (big) number of likes then the client would give a (big) cheque to Children In Need. Each like (should the target be reached) would have cost the client £2.50. That’s a reasonable cost per acquisition I suppose – If you think audience has value.

The reality is if I ’like’ your page only because I want to help a third party (in this case Children In Need) or for any other reason than genuine shared purpose/belief, then my eyes and ears are closed to you.

A community without connection is just an audience with its eyes and ears shut.

Connection discovers and brings together people who care about the same things and gives the opportunity to do something about them together.

Social media is more about connection and less about communication than is too often assumed. Letting go of our old world concepts of fame and audience reveals the real ROI of the web: A place for making with others – not taking from or broadcasting through.