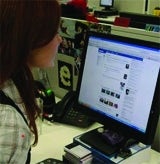 The survey of consumers’ use of social media revealed just 2% complain about brands via Twitter, 8% on a forum and 8% via Facebook. The most popular channel for complaining was via the web (44%), followed by the phone (36%) and writing a letter (22%).

The research polled more than 1,000 consumers and found that although social media was still nascent as a channel for complaints about a brand, those who did use sites such as Twitter or Facebook expected a much faster rate of response from brands than those using email or phone.

Brands including Virgin Media, GiffGaff and eSpares have invested in staff and resources to monitor and respond to consumers’ complaints on social media sites and agreed that it requires a faster response time.

Asam Ahmed, head of consumer media relations at Virgin Media who manages social media activity for the brand including customer service, says brands must use the channels in the same way consumers do.

“The rate of response does vary for each channel. Sites such as Twitter, which has a natural immediacy, encourage an expectation from users that brands use them in the same immediate way they do,” he says.

Amy Kean, head of the Social Media Council at the IAB, says consumer expectations for social media tend to be far higher than more traditional complaints channels due to the immediacy and transparency it allows brands to have.

“However, platforms such as Twitter and Facebook offer no way of helping brands identify those people with real grievances” she says. “Community management is a full-time job. Not only is it essential to respond to consumers in a timely manner, but also to understand the way people in these social spaces behave in order to filter the irrelevant from the genuine.”

Rory Dunne, community manager at online white goods spare parts store eSpares, says big brands like Electrolux had no presence on Twitter, which meant eSpares was answering and responding to people’s complaints instead.

“None of the major manufacturers is on Twitter,” he says. “You would expect them to be but they’re not. Complaints are going unanswered, which enables us to step in and offer people advice and parts instead.”

The research also asked consumers what tone of voice or qualities they expected brands to adopt on social networks. The most popular choice was professional (37%) and friendly (33%), while a minority chose funny (12%) and cool (9%).

GiffGaff, a user-centric mobile virtual network operator, says social media and community had become more important, but it had learned users want to hear from a person.

Robbie Hearne, director of customer engagement at GiffGaff, says, “The reason people value qualities such as friendly and professional is because they want to know that a real person is responding and it’s not an automatic response.”

The research also looked into how people use social media while watching TV programmes. When asked how they communicated with friends while watching The X Factor, just 5% of respondents says they sent a tweet, yet a quarter (24%) commented via Facebook. The most common way to speak to friends during the show was via text (26%).