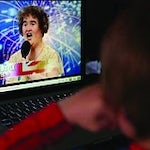 Figures from the International Advertising Bureau out this week show the channels contributed to a 10% increase in online advertising spend to £1,968.6m and a 24.3% market share.

The increase points to continued recovery in total UK ad spend, and follows similar predictions in TV ad spend, with Screen Digest suggest it would increase by 9.1% in 2010, reclaiming its lead over online advertising.

IAB’s results show spend on pre and post roll online video ads increased by 82% to £20.7m in the first half of 2010, a five fold increase over the last two years.

With the launch of iPad and its rivals, and widespread uptake of smartphones, the increase aligns with the growth in online video viewing across a increasing number of platforms and devices.

Advertising on social networking sites also increased with spend on display ads accounting for 13% of all online display advertising.

Both Facebook and particularly Twitter have increased their range of advertising tools over the last 6 months, and Google has been pushing its display ads through a Watch This Space campaign, indicating spend in this area will grow further into 2011.

Guy Phillipson, chief executive of the Internet Advertising Bureau, says: “The effectiveness of social and video ads for classic brand building is reflected in these formats enjoying exponential growth,”

“Add to that the clear accountability of performance marketing online, and we have a channel which now commands a quarter of total UK advertising spend,” he adds.
Among the different sectors, FMCG brands saw the most significant increase in online ad spend to 11.8% from 9.4% in 2009.

FMCG is now the third biggest spender behind Entertainment and Media, and Finance, which dropped its online ad spend share from 14.9% to 13.3%. 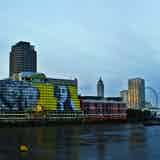 Insurance group Aviva is using images and footage of its customers and employees for its first global brand campaign.