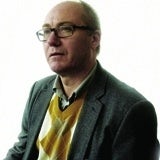 If a prospect is worth more to your brand, you expect to pay more to contact them. That basic rule holds true across all media, from television to print, and is the golden rule of direct marketing. With one exception – social media.

At an industry roundtable last week, I suggested to one of the leading social networks that they should adopt a differential pricing strategy for advertisers. Using their knowledge of user behaviour, I suggested that if they could see a power user or strong social influencer on their site, they should charge an advertiser more to serve an ad, content or link.

Silence greeted the idea, followed by a sharp intake of breath and then the rebuttal that this was not how the network saw its role. Everybody is equal online, it seems, and the social media owner did not want to get into drawing distinctions between the individuals it is attracting to its community.

That is a noble attitude and reflects the original democratising ideals of the Internet’s founders. Problem is it does not reflect commercial reality – or social reality, come to that.

This particular social media owner has extremely high traffic, hosts an incredible amount of user-generated content and as a result has very high operating costs. It has yet to yield a profit for its owner – some observers suggest it might never do so. Since it is free to use, all of its revenue is derived from advertisers.

By ignoring the pricing model used by every other media owner, this site is behaving like a social network, not a social media. That does not look sustainable when your network users are unwilling to pay for the service and your overheads continue to rise exponentially.

Somebody has to pay for the server farms that support this site and the only people willing to put their hands in their pockets are advertisers. Brands expect to pay more to contact the best prospects for their business and would most likely welcome a tiered pricing structure.

So what else might explain the reticence to apply data-driven insight to inventory pricing? Fear of regulation could be one reason. Behavioural targeting is already subject to a lawsuit stemming from the Phorm experiment and the online advertising world is very sensitive about triggering any more trouble for itself.

Yet tighter laws will certainly come whatever the industry does. Getting your revenue streams assured while you can makes a lot of sense, not least because it allows you to show regulators the negative impact new laws might have. When you are making a loss, your arguments count for less.