He will lead the soft drinks industry trade body for the next two years and replaces Paul Moody, CEO of Britvic.

Under his presidency White says he has three main priorities, which will include assisting the industry to navigate its way out of difficult economic times, maintaining the industry’s contribution to the development of healthier lifestyles and working towards the UK’s ambitious climate change targets.

His vice-president will be Marnie Millard, managing director of Refresco.

White says: “The message is clear: voluntary, industry-led action blended with increased education is far more effective than legislation and coercion from Government. I will strongly oppose any further short term tax rises which would penalise consumers and jeopardise our fragile economic recovery.”

The move comes as the BDSA publishes its second annual sustainability report, which showed progress in the industry reducing carbon emissions, water use and external impacts of transport.

White says: “This is not an industry which sits back but one which has an on-going commitment to sustainability.”

Jill Ardagh, BSDA director-general, adds: “Roger and Marnie have shown great leadership with A G Barr and Refresco, and we are delighted that they will bring the same skills and experience to BSDA.”

The BDSA recently ruled that high caffeine content drinks must carry a warning on their labels and cannot market to children. 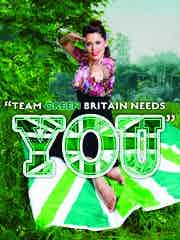 EDF Energy has launched its latest sustainability commitments, pledging to keep its prices competitive and supporting its most vulnerable supply customers.

Now in its 3rd year, this year’s conference looks set to eclipse its predecessors as 31 brand leaders, media experts, analysts, economists, academics and technologists line-up to debate the key consumer and marketing trends that pose the most significant challenges, opportunities and threats to your business.