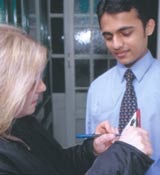 The promise of a cheaper price is no longer the single motivator luring customers into switching their gas and electricity suppliers. Convenience offers, such as “dual-fuel” supply and better levels of customer service are other key factors that lead to consumers switching utility companies.

Recent Claritas research on “utility switchers”, using data from the company’s National Shoppers survey, says that the deregulated utility companies have been among the most prolific users of direct-selling tactics over the past few years. Aiming to lure new customers with promises of lower prices, multiple fuel deals or add-on services like insurance, these companies have been engaged in heavyweight direct mail, door-to-door and telemarketing campaigns for the past four years.

The latest figures from energy regulator Ofgem show that 16.6 million consumers have now switched to a new gas or electricity supplier, and a further 167,000 consumers switch every week. But the industry is becoming increasingly concerned that its price-led sales tactics are fast turning energy into a commodity purchase, diminishing brand values and seriously eroding customer loyalty. According to the latest figures from the consumer watchdog Energywatch, in the period from September to November 2001, complaints about gas direct-selling increased by over 13.4 per cent and those for electricity rose by more than ten per cent over the three months from August to October.

There is little doubt that switching is predominantly motivated by the promise of a better price. However, while many industry commentators have deemed this to be the only motivation for switching, Claritas’ data paints a slightly different picture.

In 1999, 71 per cent of all consumers who switched utility suppliers did so for reasons of price. In 2002, that figure has dropped to 63 per cent. Claritas’ study shows that the convenience of a dual-fuel service motivated 23 per cent of switchers, while the search for a better level of service was a key motivator for ten per cent. Perhaps surprisingly, add-on services such as insurance and travel (which were originally supposed to give gas and electricity suppliers a point of difference), have yet to make their mark, with just four per cent of switchers choosing to switch for this reason.

The industry can take heart from this latest information, though. The door is certainly not closed for suppliers to build additional and sustainable core values into their brands. The target market is not as price-conscious as it used to be and some of the latest initiatives, focusing on service and reliability, are well-placed to tap into an important and growing segment of the energy market.

One key reason for the fall in price-led switching is the change in profile of the typical energy customer. In the early days of deregulation, switchers were predominantly youngish, with a mid-range household income and were more likely than average to be council tenants. Today, the profile is older and richer, and switchers are far more likely to own their own home.

One potential reason for the shift in the consumer profile is the changing way in which energy companies have marketed themselves over the past three years.

In 1999, according to the Claritas data, 61 per cent of switchers said they had been approached by a door-to-door salesman. That figure has dropped to 53 per cent. The fall has largely been made up by telemarketing (which has risen from three per cent to eight per cent, a massive 192 per cent increase). Also, because the energy industry has been plagued with criticism about its heavy-handed sales practices, most utility suppliers have softened their approach for fear of adverse publicity. Recently, Ofgem announced a crackdown on energy companies that use unscrupulous sales tactics to sign up customers. Such companies could face financial penalties of up to ten per cent of their turnover.

These companies are thus having to change their marketing methods, which has thrown up a very different type of switcher. Door-to-door sales techniques were successful with those aged between 25 and 44, earning less than &£25,000, renting council-owned homes and working as tradespeople, factory or shop workers. By comparison, telemarketing has brought in more customers aged from 45 to 64, earning between &£20,000 and &£45,000 and working in education, medical services or senior management.

The industry is still going through dramatic change. Competition is fierce, with knockdown prices and knockabout advertising still the name of the game. The market fully expects a further round of consolidation, which will ultimately leave only a handful of big national gas and electricity companies. The energy landscape of the future may naturally afford suppliers the room to develop more distinctive positioning and end the confrontational sales tactics that dominate the industry right now.