When leaked documents last November revealed Amazon’s plans to roll out a further 260 Amazon Fresh stores in the UK by the end of 2024, it seemed the online retail giant had everything it needed to succeed as a bricks-and-mortar grocer. A massive brand, deep pockets, a history of disrupting retail and early success in the US.

The main attraction of the convenience stores is their cashless and till-less experience. Using the same kinds of technologies found in self-driving cars, Amazon is able to track which items customers have picked up in store and charge their card automatically when they walk out.

At the time, Marketing Week columnist Mark Ritson said Amazon’s success would be “inevitable”. Arguing that omnichannel is a “prerequisite for ultimate retail survival”, Ritson predicted legacy physical retailers like Aldi and Morrisons would struggle more than nimble, digital-first Amazon to pivot their operating models.

“The combination of [Amazon’s] gargantuan scale and continued flexibility puts it in pole position to win everything,” he said.

However, this week news broke that Amazon is putting its UK expansion plans on ice. According to the Sunday Times, the retailer has walked away from dozens of potential Amazon Fresh sites, following lacklustre sales at its 19 existing London stores.

The problem it’s trying to solve is queue times or friction in convenience stores in London. That problem doesn’t really exist.

There’s no doubt inflation and the rising cost of living is having a serious impact on retailers, but data released by NielsenIQ today indicates convenience formats are actually outperforming the rest of the grocery market.

Retail consultant and founder of Richard Talks Retail, Richard Hyman, says he wasn’t surprised to hear the roll out of Amazon Fresh has faltered.

“Amazon’s attempts at physical retailing have generally given far too little emphasis to the retail bit,” he argues. “They’ve built it all on a tech element, which is copy-able and ultimately isn’t really enough to swing it.”

Indeed, according to GlobalData’s senior consumer and retail insights analyst Nidhi Chauhan, the current economic environment means tech-driven consumers are “taking a backseat”, as value-driven shopping is shifted to the forefront of people’s concerns.

“The market’s backdrop of inflation, price hikes and rising cost of living is not an environment that new innovative tech can thrive in,” she adds.

As far as the core components of grocery retailing – range, price, availability and location – the UK’s existing grocers are already “pretty good at it”, Hyman says.

“So what is it about Amazon that it’s going to do much, much better? Once the novelty of being able to walk in and out without going through a cash desk wears off?” he asks.Only a fool would bet against Amazon succeeding on the high street

In March, Amazon announced it was closing all 68 of its bricks-and-mortar bookstores, pop-ups and shops, ostensibly so it could focus its efforts on grocery instead.

Making note of this, Hyman adds: “Amazon is really a tech company. It’s great at the transaction. But the word retailing connotes things like persuasion and inspiration, and putting the range together which Amazon would probably claim they do, but the proof of the pudding is in the eating and they haven’t really made physical retailing work.”

A solution for a non-existent problem

Bryan Roberts, global insight lead at grocery insight firm IGD, argues Amazon Fresh stores do “stack up well” compared to other retailers in the capital in terms of range, store design, promotions and pricing, after hiring a number of experienced retail practitioners.

The stores are challenged in the sale of alcohol, for which customers have to wait for an employee to grant them access to a particular section of the store. They are also missing some “hallmark” convenience categories, Roberts adds – most notably cigarettes and lottery tickets.

But while Amazon might be missing “one or two tricks”, Roberts says he has been “genuinely impressed” by the quality of the proposition.

However, Amazon Fresh is a “solution looking for a problem” when it comes to central London convenience, he adds. Unlike in the US, where the big supermarkets haven’t made serious strides in urban convenience concepts, the London market is hugely competitive, with a Tesco Express, Sainsbury’s Local or Co-op on almost every corner.

Not all brands can do everything…It’s what the consumer trusts your competence to be. And understanding that is really important.

With so many available stores, queuing time is already negligible and Amazon’s walk-out technology therefore offers very little in terms of time saving.

“The problem it’s trying to solve is queue times or friction in convenience stores in London. That problem doesn’t really exist,” Roberts says.

That poses an issue for a business looking to change deeply ingrained consumer habits and steal market share from already successful retail brands.

The likes of Tesco and Sainsbury’s command “a lot of loyalty”, Hyman says. “If Amazon Fresh is to succeed, it’s got to take business away from those guys. In other words, it’s got to be demonstrably better at the key things that consumers value. And this suggests that it hasn’t been.”

Amazon’s technology may also pose a barrier for customer acquisition, creating a hurdle for new customers to jump through if they don’t already have an Amazon account or its app downloaded on their phone, which is necessary for store entry.

“Certainly I’ve personally seen quite a few examples of people who’ve struggled with entry,” IGD’s Roberts says.Jeff Bezos’s success at Amazon is down to one thing: focusing on the customer

Although Amazon’s brand is huge and ubiquitous, it’s primarily known and trusted for fast and effective delivery, Marketing Week columnist and Passionbrand founder Helen Edwards points out. Grocers are better known for their ability to provide consumers with a selection of products.

“Would I trust Amazon to get really great British Gala apples that are fresh? I’m not sure I would, because they’re not a grocer. They’re not known for their grocery retailing,” she says.

“Not all brands can do everything. We’ve known that for years…It is about competence trust. It’s what the consumer trusts your competence to be. And understanding that is really important.”

Agreeing that Amazon’s lack of reputation in physical retailing may be holding it back, Roberts says the ecommerce giant may have made a mistake in not investing in broader reach marketing to build familiarity.

“Outside of discounts for Amazon customers in the stores, there’s not been a huge amount of marketing more broadly to actually alert people to the existence of Amazon Fresh,” he says.

“They’ve done a pretty good job in terms of local campaigns in tube stations, but the general public might not know what Amazon Fresh is or where they are. That lack of familiarity might be holding them back a little too.”

If Amazon Fresh is to succeed…it’s got to be demonstrably better at the key things that consumers value. And this suggests that it hasn’t been.

Indeed, Roberts wonders if Amazon may have underestimated how “brutally competitive” the London convenience market is and how difficult it would be to cut through.

“It’s not the easiest market to crack when you’ve got little to no equity in that particular activity,” he says.

The Sunday Times report indicated Amazon would look at reviving its UK expansion plans in 12 to 18 months’ time, with a spokesperson for the company stating: “We look forward to opening additional Amazon Fresh stores in the near future.”

Meanwhile, in the US Amazon’s grocery plans are continuing at full steam. Branded Amazon Go, there are over 25 stores across the country, including a significantly larger, 25,000sq ft Amazon Go Grocery.

For the online giant to pull back in the UK if it still plans to pursue the grocery opportunity in the market is somewhat of a surprise, even if the current environment doesn’t offer ideal circumstances for the business.

Sceptical, Hyman says it is a “surprisingly defensive” move for the business.

“Amazon is an extraordinarily wealthy business and you would have thought that a lot of what it was doing was strategic and its eyes were a bit further out on the horizon than just the next 12 or 18 months,” he says.

“It suggests it hasn’t really been very successful commercially, which is very much in line with its other physical retail initiatives.”

However, IGD’s Roberts believes it would be “silly” to bet against Amazon still pursuing the opportunity in grocery “really seriously”.

“I think it’s probably a case of it pressing the pause button rather than calling a halt to it. Obviously, it’s got new global management overseeing the physical stores. So it might be the case that there’s going to be a moment for reflection before perhaps resuming growth in the UK,” he suggests.

However, maintaining that Amazon has misfired by focusing on urban convenience, Roberts suggests the firm’s walk-out technology would be better utilised in a large scale store, where people conduct big shops at peak shopping times and queues are more likely to build up.

“Until the whole technology moves on to be able to cope with bigger shops and busier periods, then it’s just an interesting experiment,” he says. Roberts does, however, admit scalability would become a challenge if Amazon were to look at larger shops.

Back in November, Ritson pointed out that even with its then aggressive expansion schedule, Amazon would still only operate a retail footprint a third the size of Aldi’s or M&S’s, and barely a tenth the size of Tesco’s by 2025.

However, “looking at the short-term trees merely prevents an accurate estimation of the future forest”, Ritson said at the time. “This is about 2033, not 2023.” 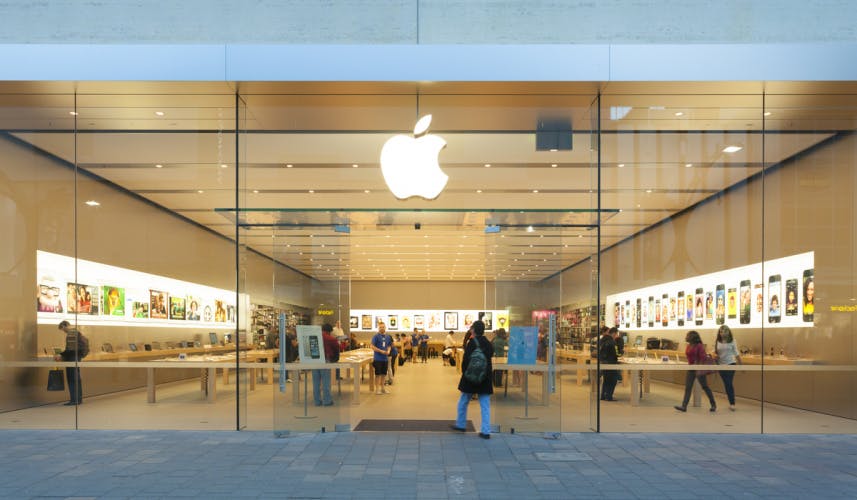 Apple is “on course” to become the world’s first trillionaire brand after topping Kantar’s BrandZ ranking for the first time since 2015.

The second largest spender among online-born businesses was Compare the Market at £60.3m, followed by Vinted, Google and Deliveroo. 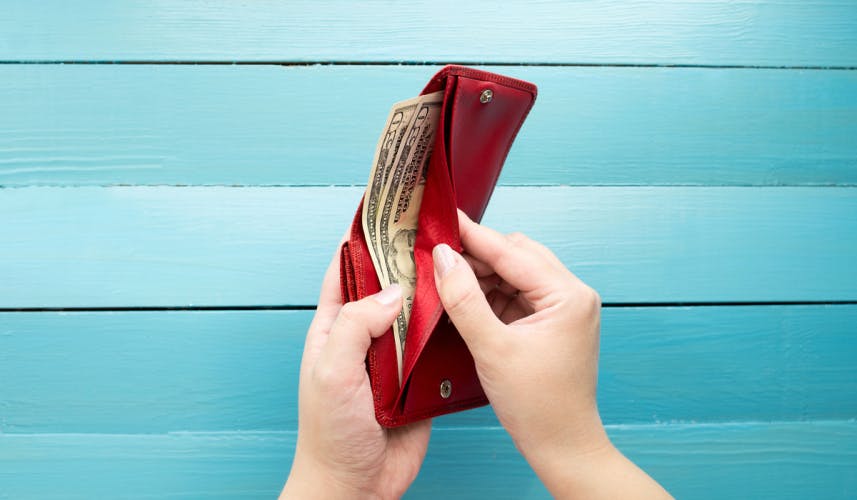 Amazon became the UK’s top advertiser by spend in 2021, overtaking Procter & Gamble and Sky, who came in second and third respectively.