The console wars are set to erupt again in the coming days as Sony and Microsoft plough millions into supporting the next generation of their gaming brands ahead of the crucial festive season. It is the first time both have opted to launch consoles simultaneously and that sets the stage for a spending blitz expected to beat the $120m (£74.7m) the two spent collectively last year.

Appealing to the next generation user

PS4 is looking to build hype ahead of its European launch at the end of the month (29 November) with a TV spot, created in partnership with 180 Amsterdam, that brings together all the viral videos it has been teasing fans with in recent weeks. It features a myriad of references to upcoming titles such as Killzone: Shadow Fall, Infamous: Second Son and Driveclub alongside more nostalgic references for keen-eyed gamers.

The campaign is being supported by a series of stunts and events, planned in partnership with Manning Gottlieb OMD and Fever PR, across the UK. The PR burst has so far included decking out London’s Oxo Tower with the Playstation brand’s iconic shape symbols alongside social media activity asking fans for their reactions.

It reflects a wider strategy Sony has adopted for its “For the Players” marketing campaign, which has gone for a more tactical approach to create promotions in response to feedback from the gaming community. The activity comes as the console goes on sale in North America.

Speaking to Marketing Week at a PS4 advert shoot in October, former head of product marketing at Sony Computer Entertainment Europe (SCEE) Mark Bowles, who joined the BBC’s iPlayer earlier this month, says the company has tried to rectify the mistakes it made when marketing the PS3 by putting gamers “at the heart” of the PS4 brand.

He adds: “we’re very conscious of who are audience are and what they want and I think that’s been listened to throughout the development process of the console itself and the games and the campaign. I think the market has progressed and there have been other gaming devices that have done things differently and had great success.”

Microsoft has decided to take a different approach with its launch strategy by positioning the Xbox One as an all-in-one entertainment platform. The company, which has priced its machine around $100 (£62) more than its Japanese counterpart, is planning what it calls “one of the biggest entertainment premieres of the year” to celebrate its launch at the end of the month (22 November).

It claims the launch will be the “biggest in Xbox history” and is hosting a worldwide countdown that will see events take place in countries including the UK, Spain, Brazil and the US. The company is understood to be developing native advertising content in partnership with some of the UK’s biggest gaming sites in attempt to showcase the graphical power of its system.

Microsoft’s previous console, the Xbox 360, has sold around 80 million consoles worldwide since it launched in 2006, and the American technology maker is looking to top those figures by appealing to a more mass-market audience.

The battle for the connected living-room

Both consoles go on sale at crucial times for the companies as they look to multimedia services to beat off challenges from likes of Apple and Samsung. Sony is confident it will reach its target of selling around 5 million PS4 consoles by the end of March 2014 with the company claiming it will have better profit margins than its PS3 predecessor. The business is pinning the latest turnaround effort for its entertainment division on the initial take-up of the machine after it was forced to write-off 30 billion yen (£186.1m) from its profit forecast for the year following a disappointing performance in its latest quarter.

Microsoft meanwhile, revealed revenue of its Entertainment and Devices division, which includes the Xbox business, grew slightly to $2bn (£1.2bn) over a similar period, while making a loss of $15m (£9,3m), against a $21m (£13.1m) profit a year ago. The dip was a result of the business paying royalties to Android developers and absorbing operating losses around the launch of the Xbox One. The console is being positioned as a key platform in the company’s wider transformation into a “devices and services” company.

Analysts are predicting that Sony’s cheaper price and better launch title line up will push PS4 sales clear of the Xbox One in the initial months. Marketing experts, however, say the real battle will be fought and won through how successfully each console is able to work with advertisers to create sustainable revenue streams.

DuBose Cole, a strategist with gaming expertise at Mindshare UK, says: “The connected experience both Sony and Microsoft are trying to create around their respective machines poses an immeasurable opportunity for brands looking to integrate their above-the-line campaigns with a more targeted experience for users. [Privacy concerns] as a result of this will be an interesting challenge. Brands will need to strike a careful balance in terms of how they approach that value exchange with gamers.”

Sony, in partnership with digital ad sales house Ad2One, has kicked off a roadshow touting the PS4’s sponsored content opportunities around connected devices, branded games, social content, etail and interactive campaigns. It is already working with Warner Brothers around upcoming movie releases as well as game studios such as Ubisoft to support its launch titles. Deals with automotive firms and technology makers are currently in the works to support upcoming releases such as Driveclub.

The Japanese business wants future ad deals with brand partners to escalate so that they span more countries across the region, compared to the “limited scope” similar tie-ups had through the PS3. While initial deals will be more geared around targeting gamers to reflect the PS4’s main marketing strategy, the focus will broaden out in the New Year to opportunities around the music and entertainment elements of the console.

Tom Briant, European ad sales manager at SCEE, says: “Advertising around the PS3 was more around high-impact opportunities like branded hubs and downloads, but with the PS4 we’re able to do so much more. Because we’re connected to more things it means users can experience relevant campaigns anywhere. A brand could feasibly create game and make it available to download on the PS4 for users to play and share.”

Meanwhile, Microsoft is encouraging advertisers to look at they gamify adverts in an attempt to drive more engagement from them. While it has no plans to target ads or content based on any data its motion tracking Kinect tool collects, the technology maker wants to create a more seamless eco-system for advertisers that allows to deliver campaigns spanning several touchpoints such as Bing and Smartglass with the Xbox acting as the focal point. 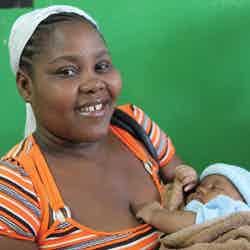 Trust underpins loyalty, and recent research among mothers provides valuable pointers towards helping consumers feel how your brand is on their side. 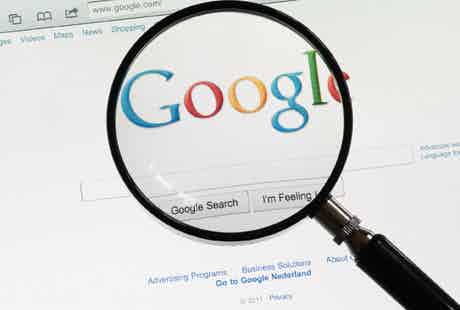 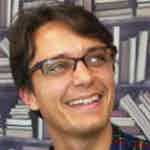 The most valuable insights come from actions, not words, says Matt Michaud, global provocation director for insight and innovation at Elmwood