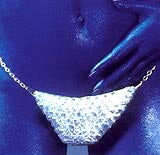 His main task will be to ensure that Sony maintains its lead in the games console market in the face of competition from Microsoft’s Xbox and Nintendo’s 128-bit console Gamecube, both due to be launched later this year.

Sony has sold more than 6 million of its original PlayStation consoles in the UK and hopes to repeat the success with PlayStation 2.

Carter says: “With all the hype surrounding the PlayStation 2 launch, one could be forgiven for thinking that all the hard work has been done.

“The truth is that the challenge ahead for PlayStation will be the biggest in its history.”

Carter will head a team of 14 and report directly to Ray Maguire, managing director of Sony Computer Entertainment UK.

A new marketing manager will be appointed before the end of the month.

Microsoft is spending £4bn on the launch of Xbox in a bid to break into the games market. It claims that about 200 games developers, including Electronic Arts and Eidos, have agreed to create games for Xbox.

Microsoft claims the Xbox will be roughly twice as powerful as the PlayStation 2 and be able to handle high-speed Internet connections from the outset.