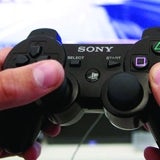 In a letter on the official Sony PlayStation blog, Stringer admits he wished the company could have “gotten the answers [it] needed sooner” but says that forensic analysis of the situation was “time-consuming”.

He adds: “I know some believe we should have notified our customers earlier than we did. It’s a fair question.

“As soon as we discovered the potential scope of the intrusion, we shut down the PlayStation Network and Qriocity services and hired some of the best technical experts in the field to determine what happened.”

Stringer says Sony is upgrading its security to defend itself against further attacks.

The company will also introduce a “welcome back” package for customers when the PlayStation and Qriocity services are back online, including membership extensions and free PlayStation Plus membership.

Sony’s “buzz” slumped to -9.65 yesterday (5 May), down from +17.4 on 25 April, before details about either of the attacks emerged, according to YouGov’s Brand Index, which measures brand reputation.

Sony first announced that more than 77 million PlayStation gamers may have had their details stolen after an “illegal and unauthorised” intrusion on 26 April.

The company suffered a second blow to its online systems and brand reputation on 3 May when it informed an additional 25 million customers their details had been compromised in a second attack by hackers on its Sony Online Entertainment network.