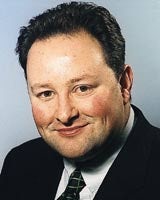 Rodrigues has been replaced by Dee Dutta, former head of customer acquisition for T-Mobile. Most recently, Dutta was responsible for small business markets at WorldCom, the telecoms company currently embroiled in an accountancy scandal.

A spokeswoman for Sony Ericsson says: “This is a big job: China is a massive emerging market. His new post will be very different to his recent responsibilities.”

Rodrigues replaces Rowland Cheng, who is to be sent to Hong Kong to look after business development in the Hong Kong region.