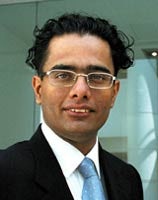 Sony Ericsson Mobile Communications has axed the role of global youth marketer under the new management structure following the establishment of the mobile phone joint venture.

Vijay Anand, who was global youth segment manager at Ericsson’s consumer products division and continued to oversee youth marketing when the company merged its mobile operation with that of Sony, left the joint venture at the end of last year. It is not known whether he has a job to go to.

A spokeswoman for Sony Ericsson says: “Anand helped to introduce the youth programme in the new company. But now his role has been fully integrated into product marketing and sales and is no longer part of the central organisation.”

At Ericsson UK, Anand set up deals to sponsor IPC’s Muzik magazine dance awards and the first Homelands dance music festival in 1999. He also brokered a deal to have both the Muzik awards and Ericsson@homelands broadcast on Channel 4 and helped negotiate Ericsson’s sponsorship of the MTV Europe music awards.

The joint venture is planning to launch Sony Ericsson-branded mobile phone handsets in June and July.